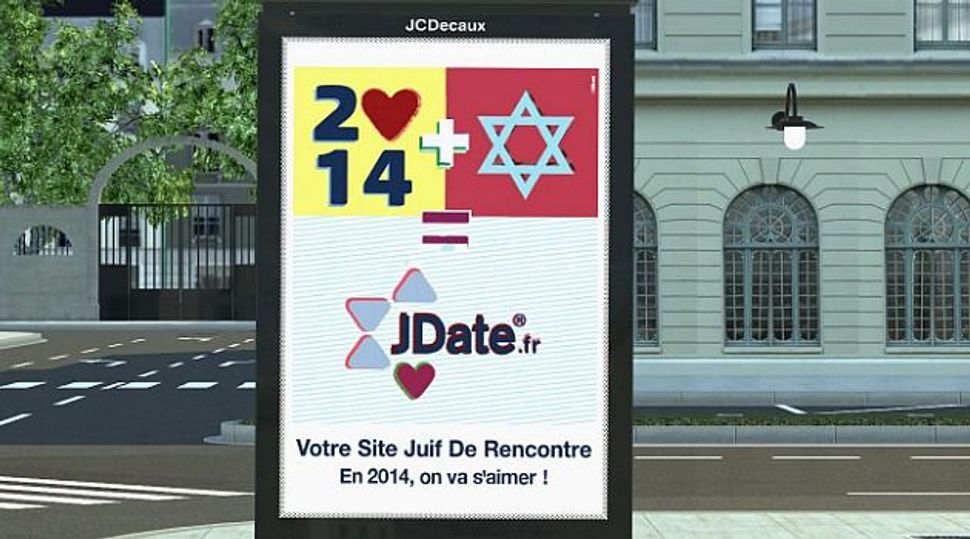 A French billboard advertiser scaled back a campaign for the Jewish dating site JDate after its billboards were vandalized.

Thierry Courrault, a regional director for the JC Decaux billboard giant, said his company decided to pull 18 billboards out of 100 advertising JDate and which carried the site’s Star of David-shaped logo.

The reason was “vandalism against out property (swastika graffiti and broken windowpanes),” he told the French Jewish news site Juif.org. “In this very particular current context, it was to avoid the proliferation of such acts,” he added. The decision he added, “was commercial and does not represent any position on the issue.”

Many of the withdrawn posters advertised JDate in the western Paris suburb of Nanterre.

On Jan. 19, Jewish worshippers found the remains of a freshly slaughtered wild boar on the doorstep of the Saint-Brice-sous-Foret synagogue north of Paris. The following day, swastikas were discovered on the façade of the Chabad synagogue as Boulogne- Billancourt, a western suburb of the French capital.