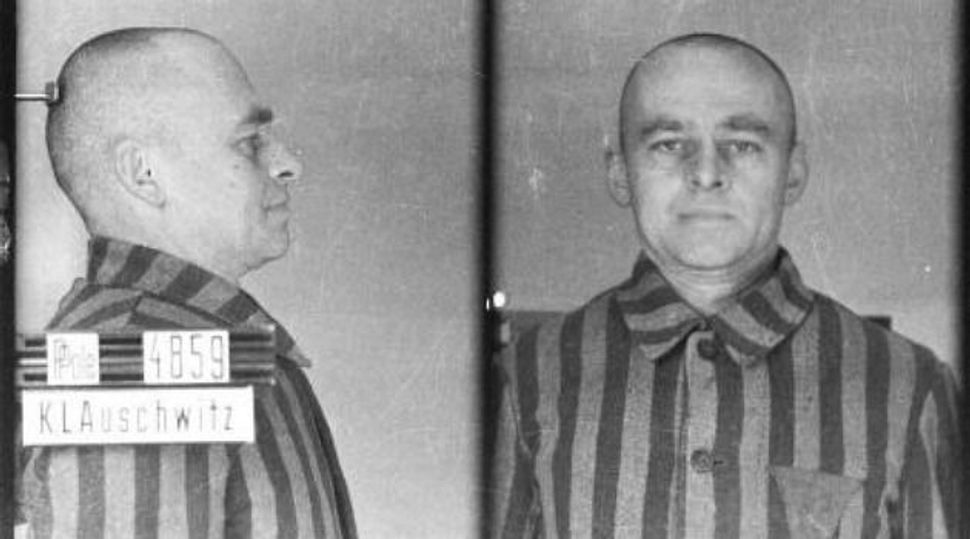 The report of a Polish non-Jew who escaped Auschwitz to deliver first-hand testimony of the Holocaust was for the first time translated into Mandarin.

The account of Witold Pilecki, a Polish army captain escaped the death camp in 1943, appeared earlier this week in Taiwan, according to a report by Polskie Radio. The work in Mandarin is entitled “The Auschwitz Volunteer – Beyond Bravery.”

“It is not the work of the victim of war but of a witness,” Patience Huang of Acropolis Publishers said on the website of Taiwan’s National Remembrance Institute. “Having read it, I realized that the history of Auschwitz, of World War II and of Poland cannot be complete without Pilecki.”

Pilecki allowed himself to be captured by German troops in 1940 in order to provide the anti-Nazi underground and allies with reports from the camp.

On Dec. 10, 1942, the Polish government in exile in London issued its “Note addressed to the Governments of the United Nations” titled “The Mass Extermination of Jews in German Occupied Poland”. It was the first public document of the Holocaust based on systematically collected and authenticated evidence, including the eyewitness accounts by Pilecki and fellow resistance fighter Jan Karski.

In 1943, Pilecki reached Warsaw and began fighting in the Polish resistance.

After the war he went to Italy but returned to Soviet-dominated Poland, where he was executed in 1948 for espionage.

The book appeared ahead of Jan 27, International Holocaust Remembrance Day, marking the liberation of Auschwitz in 1945.

Some 70 Israeli lawmakers are expected to attend the annual commemoration at the museum on the grounds of the former Nazi camp, the largest parliamentary delegation from Israel to date.