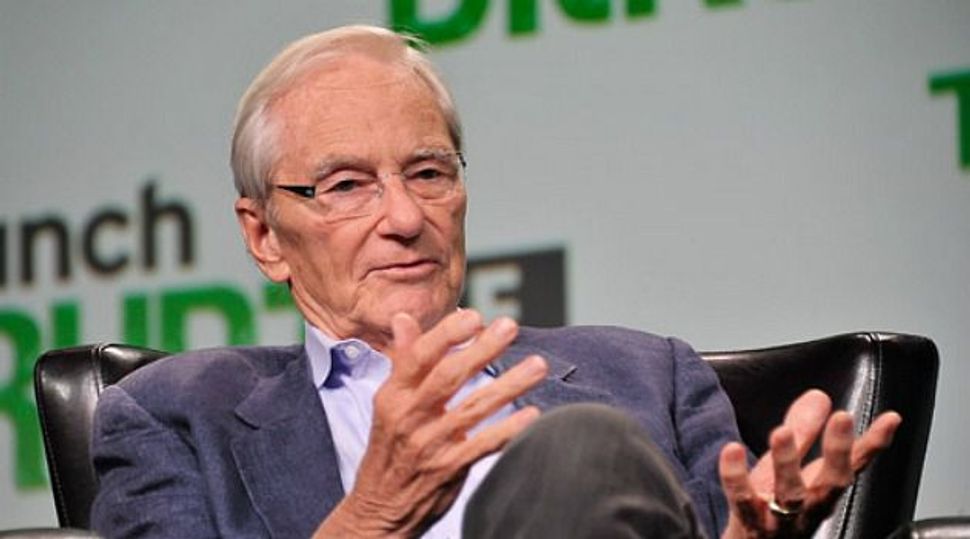 Perkins, 82, a founder of venture capital firm Kleiner Perkins Caulfield & Byers, made the apology Monday evening in an interview on Bloomberg Television.

“I deeply apologize to you and anyone who has mistaken my reference to Kristallnacht as a sign of overt or latent anti-Semitism,” he said in an interview Monday on Bloomberg Television. “This is not the case.”

In a letter published over the weekend in the Wall Street Journal, Perkins wrote: “I would call attention to the parallels of fascist Nazi Germany to its war on its ‘one percent,’ namely its Jews, to the progressive war on the American one percent, namely the ‘rich.’

He ended the letter, saying: “This is a very dangerous drift in our American thinking. Kristallnacht was unthinkable in 1930; is its descendent ‘progressive’ radicalism unthinkable now?”

Perkins told Bloomberg that the letter was: “a terrible misjudgment.” He said he has written a letter of apology to the Anti-Defamation League. But, he added, “I do not regret the message at all. Any time the majority starts to demonize any minority, no matter what it is, it is wrong and dangerous.”

His former firm said in a tweet: “Tom Perkins has not been involved in KPCB in years. We were shocked by his views expressed today in the WSJ and do not agree.”