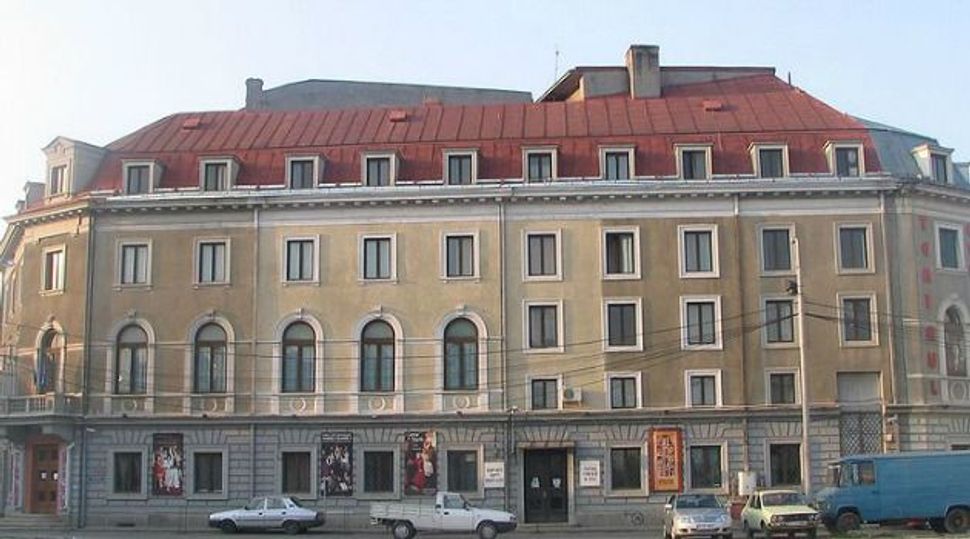 Heavy snows caused the partial collapse of the roof of the State Jewish Theater, paralyzing one of Romanian Jewry’s foremost cultural institutions.

A snowstorm on Jan. 25 devastated about a third of the roof of the 19th century building that houses the theater, the institution’s director, Maia Morgenstern, told JTA.

“Unfortunately, the part of the roof that collapsed was directly over the stage area, so performances cannot go on,” she said. No one was hurt in the collapse, but now “the water keeps pouring and pouring into the building and part of it is completely flooded.”

According to Morgenstern, “City officials have already pledged to provide resources for fixing the situation, but this building has been neglected for so long, it needs to be reconstructed, not just renovated.”

She was not sure when and even if the theater would be operational again.

Between 100 and 200 people attend the theater’s performances four nights a week, Morgenstern said.