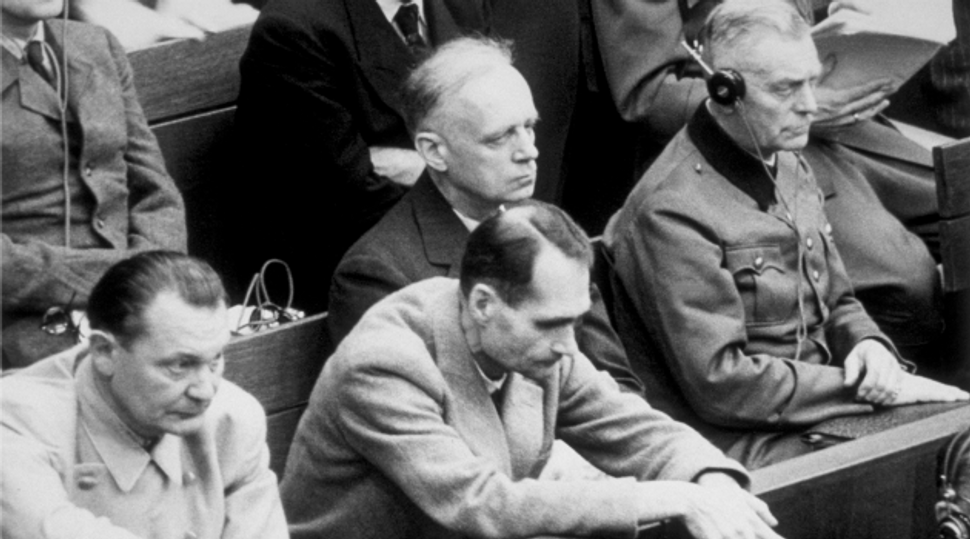 Documents from the Nuremberg Trials found in a flea market in Israel were sold at auction.

The trove of 500 pages, including documents used to convict top Nazis at the Nuremberg Trials, sold on Wednesday for $10,000, a spokesman for the Kedem Auction House in Jerusalem told the Associated Press.

An American collector bought the documents according to the AP.

The documents arrived in Israel for the auction after being on public display at the Berlin Chabad center, as part of events marking the Jan. 27 International Holocaust Remembrance Day

In its description of the lot, the Jerusalem-based Kedem auction house said they consist of English translations of Nazi documents; reports, protocols and memorandums distributed among the prosecutors; official documents connected to the trial; and hundreds of copies of documents from the time of the Nazi regime.

The papers reportedly are part of a collection that belonged to Isaac Stone, who headed the Berlin Document Center and the U.S. Foreign Service Office in the 1940s.