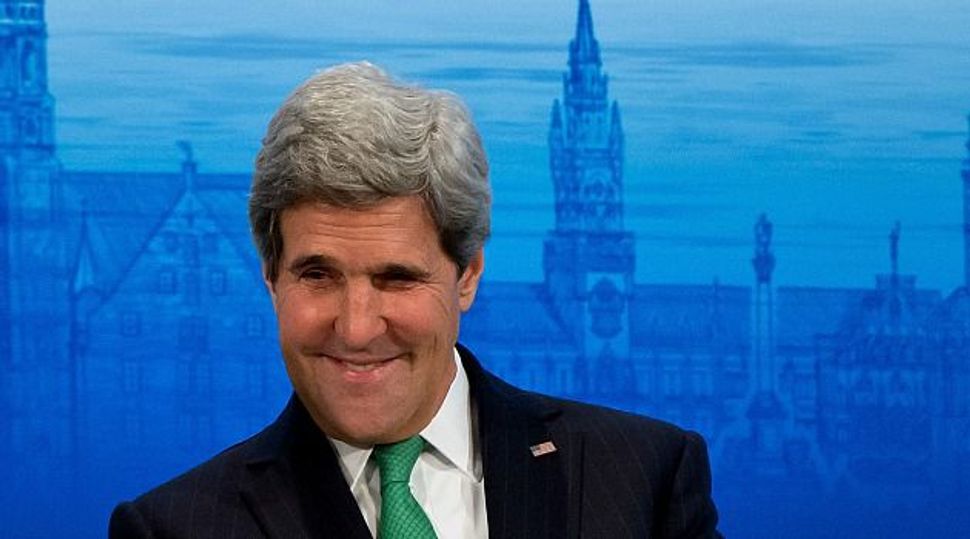 Secretary of State John Kerry said on Saturday that he remains hopeful that the Obama administration’s effort to broker a peace deal between Israelis and Palestinians can succeed.

The United States hopes to complete a “framework” accord in coming weeks and will then try to negotiate a final peace deal by the end of 2014, a U.S. official said this week, according to a participant in a briefing with American Jewish leaders.

“I am hopeful and we will keep working on it,” Kerry, who despite widespread scepticism is leading the U.S. effort to push the two sides toward a deal, said during remarks at the Munich security conference.

“I believe in the possibility or I wouldn’t pursue this,” he said. “I don’t think we’re being quixotic … We’re working hard because the consequences of failure are unacceptable.”

U.S. envoy Martin Indyk said the framework would address core issues in the conflict, including borders, security, refugees and Jewish settlements, a participant in the briefing said.