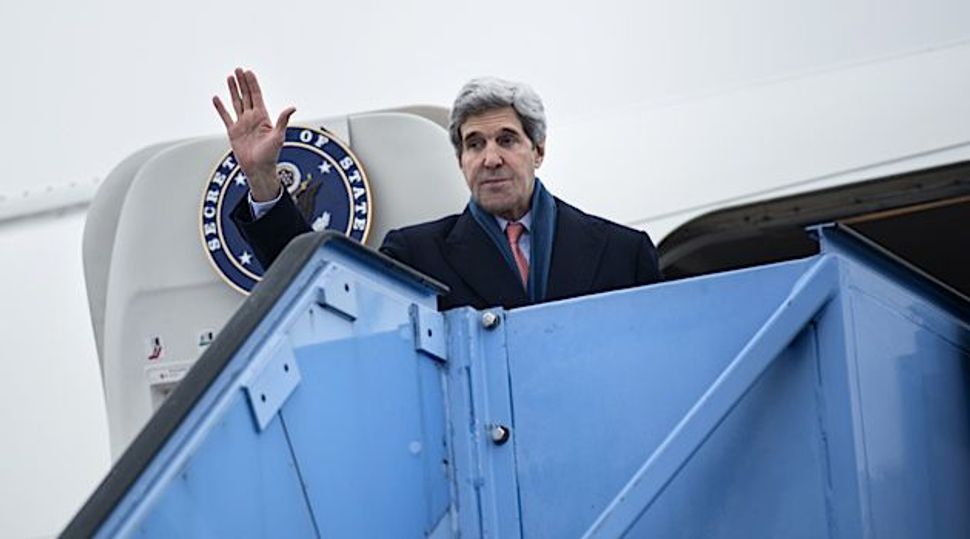 “Attempts to impose a boycott on the State of Israel are immoral and unjust. Moreover, they will not achieve their goal,” Netanyahu said Sunday at the start of the weekly Cabinet meeting.

He was responding to the U .S. secretary of state’s remarks the previous day at the Munich Security Conference. Saying that the Israeli-Palestinian conflict cannot continue because it is “not sustainable,” Kerry continued: “You see for Israel there is an increasing delegitimization campaign that has been building up. People are very sensitive to it; there is talk of boycott and other kinds of things. Are we all going to be better with all of that?”

In his response, Netanyahu also said that boycotts push the peace process further away by causing the Palestinians “to adhere to their intransigent positions,” and that “no pressure will cause me to concede the vital interests of the State of Israel, especially the security of Israel’s citizens.”

Kerry’s comments to reporters in Munich also were slammed by other Israeli government officials.

“You can’t force the State of Israel to negotiate with a gun to our heads while we are discussing the most critical of our national security interests,” Minister of Strategic Affairs Yuval Steinitz said.

Economy Minister Naftali Bennett, whose remarks on the peace process last week almost led to a government coalition crisis, also criticized Kerry, saying that Israel ”expect(s) our friends around the world to stand beside us, against anti-Semitic boycott efforts targeting Israel, and not for them to be their amplifier.”

“Friends, let us be clear to all of the advice givers: Never has a nation abandoned their land because of economic threats. We are no different,” Bennett said.

Kerry said that “for Israel, the stakes are also enormously high” if the peace process fails, alluding to possible violence as “a response from disappointed Palestinians and the Arab community.”

He said that he would continue to press for a peace agreement because “I believe in the possibility or I wouldn’t pursue this.” He added that “the consequences of failure are unacceptable.”

In recent days a state-run pension fund in Norway has divested from Israeli companies.