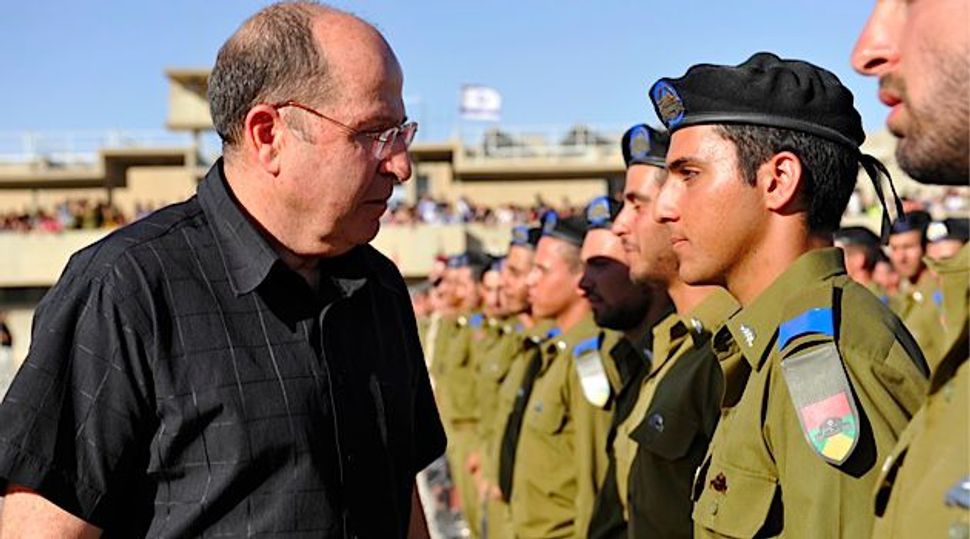 Yaalon also said the root of the Israeli-Palestinian conflict “is not territory which was released/occupied/taken in ’67 in the Six-Day War.” Instead, he said, “I do not see on the Palestinian side a leadership which is ready to say that if we reach any compromise based on the Green Line, it’s going to be the end of conflict and the finality of claims.”

But Yaalon said he supports the current negotiations and believes that Israel must try to solve the conflict, since “the sanctity of life is more than the sanctity of land.”

He also said Israeli officials should not “delude ourselves or deceive ourselves regarding Abu Mazen’s intentions,” referring to Palestinian Authority President Mahmoud Abbas.

Yaalon’s remarks came a day after Kerry told the same forum that the Israeli-Palestinian conflict cannot continue because it is “not sustainable” and that the failure to solve the conflict will result in an increased international boycott campaign against Israel.

Yaalon met Saturday with his U.S. counterpart, Chuck Hagel, on the sidelines of the conference. Their conversation covered several regional security issues, including ongoing developments in Iran, Syria and Egypt, according to a Pentagon statement.

“Secretary Hagel reiterated the commitment of the United States to the defense of Israel and pledged to continue working closely with Minister Ya’alon as together our two militaries confront the common challenges of violent extremism, regional instability and declining defense spending,” the statement said.