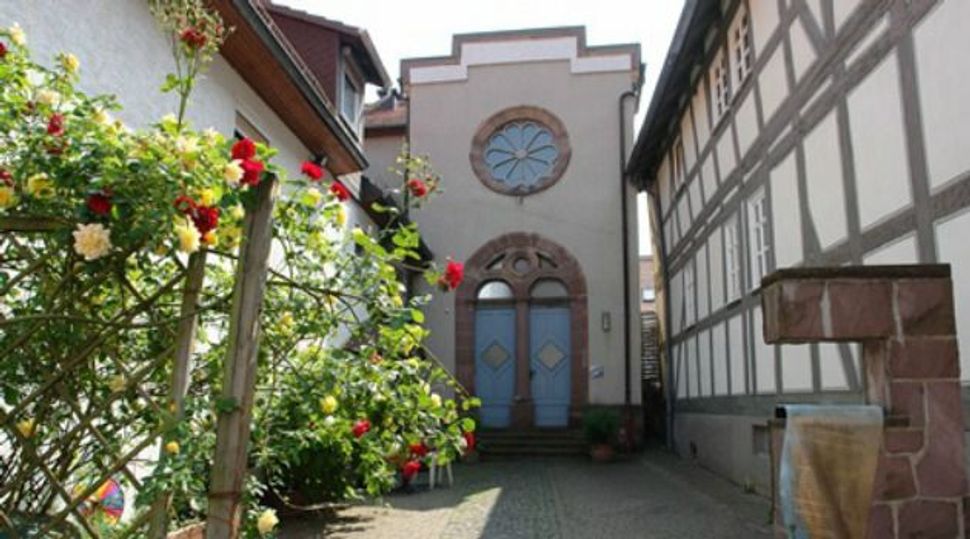 Image by city of gudensberg

The rescuer of a ruined synagogue in Gudensberg is one of five German non-Jews honored this year for ensuring that local Jewish history is not forgotten.

High school teacher Hans-Peter Klein helped to preserve a building and its story, and he also helped descendants of local Jews find their roots – as did all winners of the 14th annual Obermayer German Jewish History Awards, presented at Berlin’s parliament building last week.

“What was most important was getting to know my grandmother” through letters Klein transcribed, said Dennis Aron of Skokie, Illinois, who nominated Klein.

Another awardee, journalist Steffen Pross, reawakened the past for Patrick Levi of Neuilly sur Seine, France: “He had letters from my grandmother that my father had never seen… and after 70 years our ancestors knocked on our doors again. It was amazing,” Levi said.

The awards were presented by American-Jewish philanthropist Arthur Obermayer and Ralf Wieland, president of the Berlin House of Representatives.

The other awardees were history teachers Johannes Grötecke of Bad Wildungen and Silvester Lechner of Ulm; and Jewish studies scholar Frowald Gil Hüttenmeister of Stuttgart.

German Jewish leader Charlotte Knobloch, head of the Bavarian Jewish community, also was honored. Richard Oppenheimer of Venice, Florida, said he learned about an unknown family member through awardee Grötecke: an aunt who was a single mother, and was killed with her child in Riga, Latvia.

“All in all, I think we are all related somehow or other, as having a common Jewish history,” he said.

Obermayer was inspired to initiate the awards by his contacts with grass-roots historians in his family’s ancestral town of Creglingen. Recipients are nominated by Jews around the world who maintain ties with the towns from which their ancestors fled.