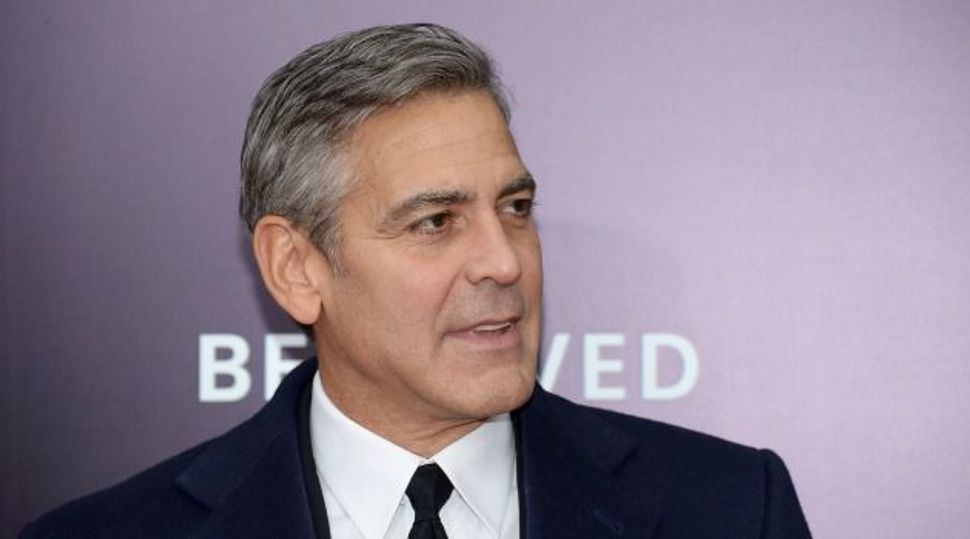 There is one person, though, who is not a Hollywood A-lister, not listed in the credits and who may play a big role in the box-office success of “The Monuments Men”: an elderly German recluse who hoarded more than 1,400 artworks stolen by the Nazis and valued at 1 billion euros ($1.3 billion).

When actor Bill Murray heard the news in November of the vast trove art discovered in the Munich apartment of Cornelius Gurlitt, he was glad the release of “The Monuments Men” had been delayed by a few months to February.

“This story has had time to resonate and travel around the world, so more people will be aware of the situation,” said Murray, who plays a Chicago architect recruited late in the war for a middle-aged Allied unit on a mission sanctioned by U.S. President Franklin D. Roosevelt.

The film opens in North America on Friday and will make its international premiere Saturday at the Berlin International Film Festival.

Co-star Matt Damon calls the real-life, contemporary illustration of the 70-year-old problem of Nazi-looted art “fortuitous for the film,” but hardly surprising.

“I wasn’t surprised at all given what I learned making the movie about all the artwork that is out there that has not been recovered,” said Damon, who plays a New York museum director.

Clooney, who also co-wrote and stars in “The Monuments Men,” says “it’s great that it came out.”

German authorities found Gurlitt’s cache in 2012, and Clooney calls the recent disclosure of the priceless paintings and drawings, which include works by modernist masters Chagall and Matisse, “interesting timing,” without elaborating.

A MUCH BIGGER FILM

For Clooney, “The Monuments Men” is “by far, by far” his most ambitious project in a career directing smaller films like “The Ides of March” and “Good Night, and Good Luck.”

“I guess it is probably double the budget of any film I have ever worked on, and certainly in scope and size it is a lot bigger,” said Clooney.

The film cost $70 million to make, shared by Sony Corp and 21st Century Fox, and is forecast to bring in $24 million in its first weekend in Canada and the United States.

He and producing-writing partner Grant Heslov based the movie on the book of the same name by Robert Edsel, and were inspired by the men that formed that group, but changed names and took liberties to develop characters. Clooney, 52, plays Frank Stokes, the group’s leader and an art historian, based on George Stout from Harvard’s Fogg Museum.

Clooney rounded out his Monuments Men with a sculptor played by John Goodman, Bob Balaban as a theater director, Jean Dujardin as a French-Jewish art dealer, and Hugh Bonneville as an alcoholic British art expert looking for a second chance. Cate Blanchett plays a Parisian curator who leads Damon to find art stowed away in mines by the retreating Nazis.

One of the toughest parts was striking the right tone in a film that is part World War Two buddy story, part art heist, part history lesson.

“You don’t want it to be a civics lesson,” Clooney said. “You want it to be entertaining, you want people to enjoy themselves, laugh at some of the stuff. But it is also a very serious subject matter.”

As to the decision to push back the film from a Christmas release, where it could have competed for this year’s Oscars, to February, Clooney chalked it up to delays in the computer generated imaging.

“We weren’t embarrassed or ashamed by the film,” he said.

Todd McCarthy at the Hollywood Reporter predicted “a more modest box office life than its cast might have indicated,” but noted that the discovery of the Gurlitt trove could benefit the film publicity-wise.

As it happens, the real Monuments Men actually interacted with Gurlitt’s father, art dealer Hildebrand Gurlitt, who worked for the Nazis selling art branded “degenerate” that was taken from museums or stolen or extorted from Jews fleeing the Holocaust. After the war, he convinced the Monuments Men to return works to him that had been confiscated by Allied troops.

Clooney hopes the film will create more awareness so that people holding artworks like Gurlitt will feel some pressure to return them to their owners.

Meanwhile, Gurlitt has demanded his art back and lawyers working on reclaiming property for heirs to Jewish collectors say he may get to keep at least some of it.

As riveting as the Gurlitt story may be, Clooney said he had not even thought of making a film about the recluse or even playing him.

“That would be very funny,” he said, before adding, “I don’t think I should play a German.”