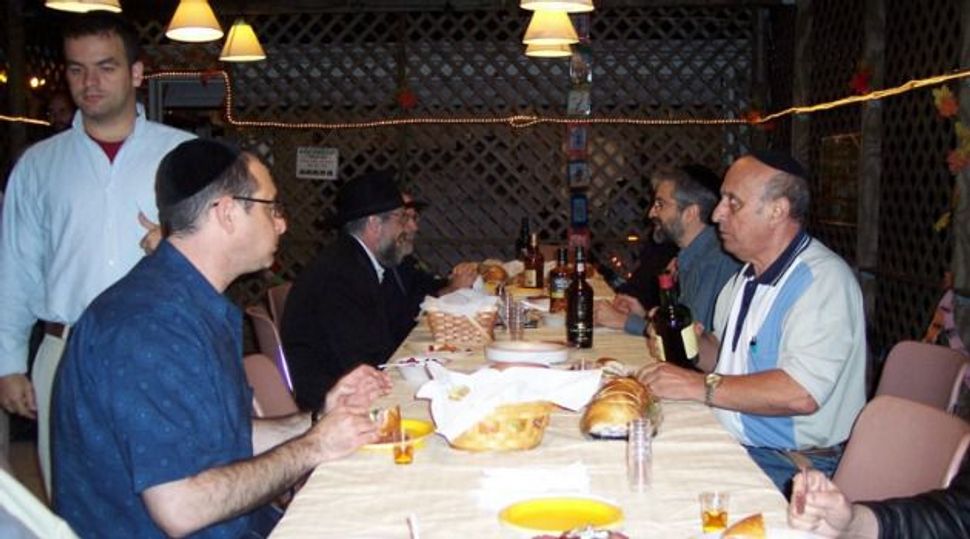 A Dallas-area rabbi who uses his home as a synagogue is being sued by a neighbor who says it has lowered his property values.

Rabbi Yaakov Rich told the local Fox affiliate Fox4 in a video posted Wednesday that his 3,700-square-foot home is a synagogue with about 25 members. A website identifies his synagogue as Congregation Toras Chaim, with the tag line: “An intimate space … Grow at your pace.”

The website also announces that the Liberty Institute, a conservative Christian advocacy and legal defense organization, has agreed to represent the congregation in the current lawsuit.

“We just want to have our religious freedom to be able to pray and to study in this house,” Rich told Fox.

David Schneider, who lives across the street from the home-based synagogue, is seeking $50,000 in compensatory damages from Rich, saying that the synagogue has caused a decline in the value of his home.

Rich asserts that property values rise around Orthodox synagogues because adherents have to be able to walk to their places of worship and will pay more to buy a home in the area.

Rich recently filed with the city for a certificate stating that he runs a congregation in the home at the request of the city, which can then ask him to adhere to city and state building codes.