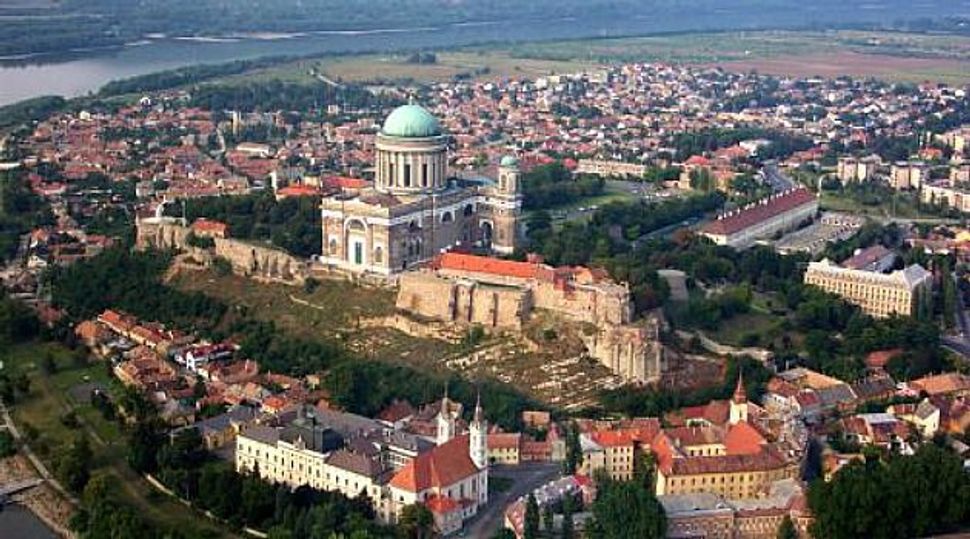 Efforts are underway to prevent Hungary’s far-right Jobbik party from holding a political rally in a former synagogue.

Last week, the chairman of the local chapter of the opposition Hungarian Socialist Party sent an open letter to the mayor of Esztergom urging her to bar the rally from the synagogue.

“The choice of location for the event is an unworthy, ugly, and cynical desecration of the memory of the victims of the Holocaust and the sentiments of the survivors,” the Socialist leader wrote.

The synagogue, in a city located 29 miles north of Budapest, is operated by the local government as a cultural and meeting center.

On Wednesday, The Jerusalem Post quoted the president of Mazsihisz, Hungary’s official Jewish umbrella organization, as saying that if the rally went ahead, Mazsihisz “and Jewish civil organizations will protest and physically hinder the Jobbik rally on the spot.”

The rally is part of Jobbik’s campaign ahead of elections in April. The party’s ultranationalist platform is laced with anti-Semitism and anti-Roma policy.

Jobbik is the third largest party in Hungary with 43 of the 386 seats in Parliament.