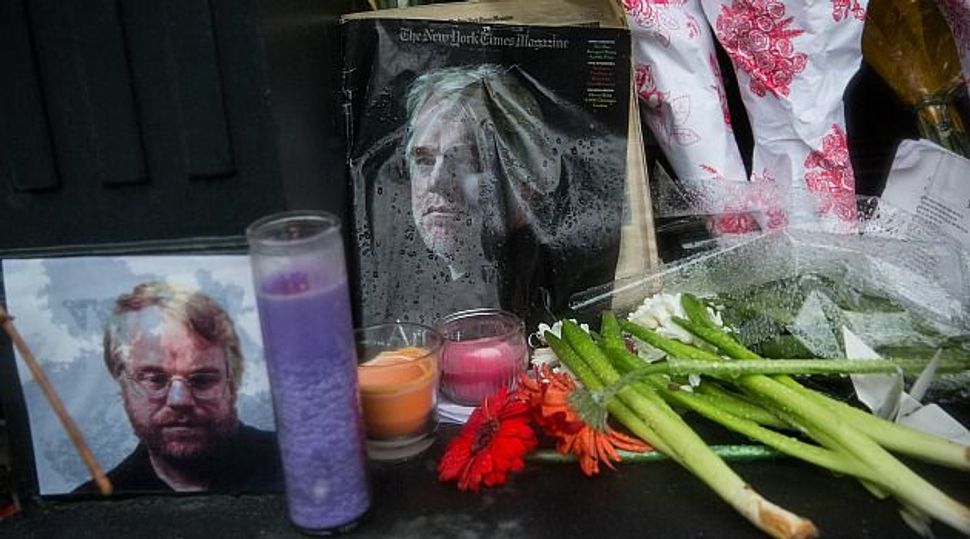 Four people arrested in New York have been charged with drugs offences possibly connected to narcotics found at the home of film star Philip Seymour Hoffman following his death of an apparent heroin overdose, police officials said on Wednesday.

The four were arrested on Tuesday during a raid on a building in the Chinatown district of Manhattan after police traced what they believe to have been the source of the heroin suspected of killing the Oscar-winning actor.

Separate police sources said the raid was conducted in connection with Hoffman’s death and scores of bags of what appeared to be heroin were recovered.

A police spokesman told Reuters on Tuesday evening that heroin found in Hoffman’s apartment following his death was not cut or mixed with fentanyl, a synthetic narcotic believed by health authorities to be responsible for scores of overdose deaths in recent months.

“There was no fentanyl found in the drugs,” the spokesman said.

The 46-year-old actor was found unresponsive on the bathroom floor of his Manhattan apartment on Sunday by police responding to an emergency 911 call.

Police found Hoffman with a syringe in his arm and recovered plastic bags containing a substance believed to be heroin. Law enforcement sources have told Reuters he died of an apparent drug overdose.

Dozens of small, glassine drug pouches were discovered in the apartment, many of them stamped with the words “Ace of Spades” in white lettering inside, according to a third law enforcement source involved in the Hoffman investigation.

Others were stamped with an ace of hearts playing card image.

Preliminary results of an autopsy were expected to be released on Wednesday.

Hoffman, who is survived by his partner, Mimi O’Donnell, and their three children, had detailed his struggles with substance abuse in the past.

The actor, who earned an Academy Award for his portrayal of Truman Capote in the 2006 drama “Capote” and was considered one of the most gifted film stars of his generation, had sought treatment last year after more than 20 years of sobriety.

A representative for Hoffman said the actor, who also appeared in such blockbusters as “Twister” and “The Hunger Games,” would be buried in a private memorial service, with a public memorial planned for later this month.