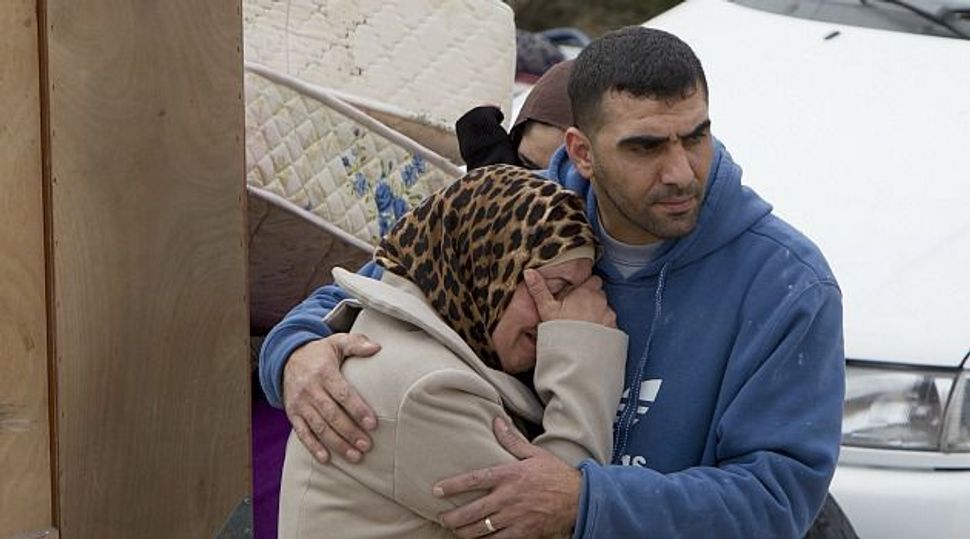 Aid agencies working in the occupied West Bank and East Jerusalem expressed alarm on Friday at a spike in Israeli demolitions of Palestinian property coinciding with renewed U.S.-backed peace negotiations.

The statement by 25 aid organisations said the number of demolitions increased by almost half and the displacement of Palestinians by nearly three-quarters between July 2013, when the talks began, and the end of the year, compared to the same period in 2012.

Of the 663 Palestinian structures torn down last year, the highest number in five years, 122 were built with international donor aid, the groups said.

The International Red Cross announced this week it would stop delivering tents to Palestinians made homeless by demolitions in the Jordan border region of the occupied West Bank, citing Israeli obstruction and confiscation of aid.

“International and local aid organisations have faced increasingly severe restrictions in responding to the needs created by the unlawful demolition of civilian property, in violation of Israel’s obligation to facilitate the effective delivery of aid,” wrote the groups, which included Oxfam and Christian Aid.

Israeli military and political officials did not immediately respond to requests for comment.

Israel captured the West Bank and East Jerusalem, along with the Gaza Strip, in the 1967 war. It quit Gaza in 2005, and the enclave is now governed by Hamas Islamists opposed to Palestinian President Mahmoud Abbas’s peace-making strategy.

The Palestinians want the more than half a million Jewish settlers there, along with Israeli soldiers, to leave the occupied territories. Israel balks at such sweeping pullouts, citing historical claims on the biblical lands.

The Jordan Valley – the proposed eastern border of a future independent Palestinian state – has been especially contentious as Israel insists on keeping an army presence there after any peace accord. Palestinians have rejected this, saying a temporary international force should do the job, with Israel observing.

In recent decades, the Palestinian population in the region has declined as the water supply from the River Jordan has been diverted and Israel set up military zones and settlements.

Palestinian activists set up a protest camp in a derelict village there last week. At dawn Israeli forces scattered the group ahead of a mass rally for Friday prayers.

“They came in large numbers with their armored vehicles but that will not break our will, the popular resistance will continue and will be victorious and we will return,” lawmaker Mustafa Barghouti, a member of the sit-in, said.

In a statement, the Israeli military described the protesters as “provocateurs” and said their evacuation was prompted by stone-throwing attacks on a nearby highway “and other legal considerations”