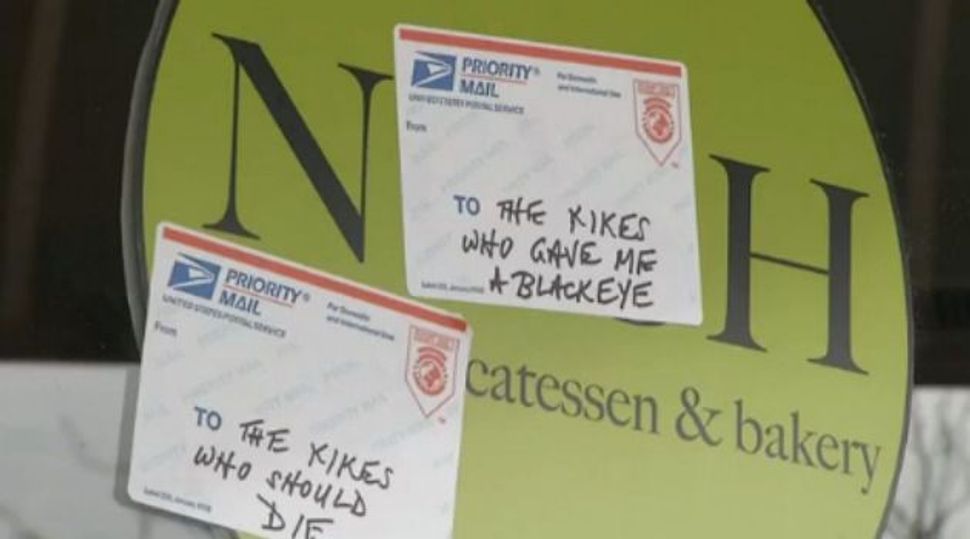 A Jewish deli in Albuquerque was targeted again by anti-Semitic vandalism, for the second time in about two weeks.

Mailing labels with anti-Semitic slurs written on them were stuck to the front door of Nosh Deli on Saturday, KOB Eyewitness News 4 in Albuquerque reported.

On Sunday, the stickers were pasted on the restaurant and all over the block on which the deli is located, on parking meters and street light poles.

Similar labels and messages, including “To the Kikes who should die,” were found on the front door of the deli late last month.

The FBI is investigating the incidents, according to KOB.

“It’s not random, because it keeps happening,” owner Alisa Turtletaub told the news channel. She called the incidents “a little unsettling.”