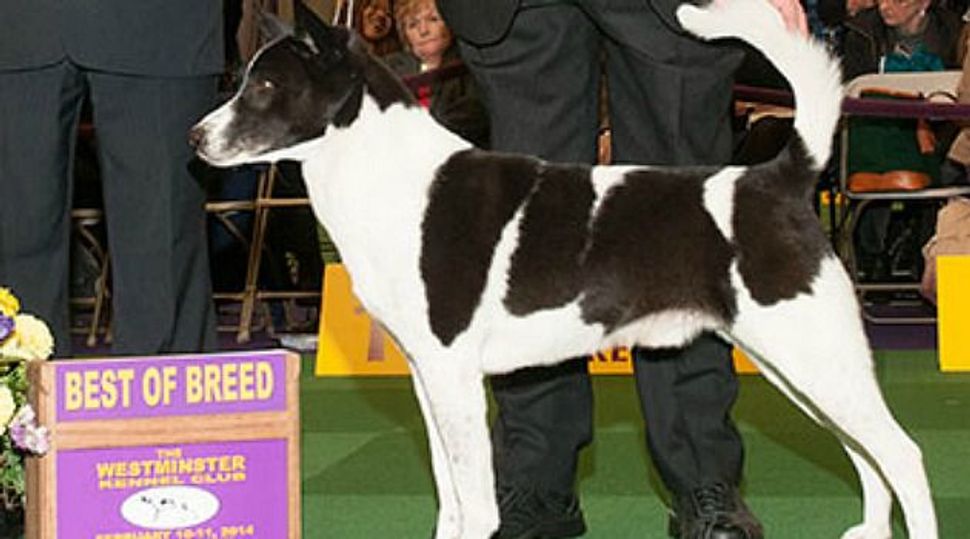 The ‘Jewiest dog in show’ returned to the Westminster Kennel Club Dog Show Monday — but fell short in the prestigious competition.

Pleasant Hill Magnum Of Samara, a Canaan Dog with roots in Israel, failed to make the top 4 in the herding dog category at New York’s Madison Square Garden Monday night.

Spokeswoman Julie Lux said the proud pooch had nothing to hang its head about — as it made it to the penultimate round of the Super Bowl for dog breeders and handlers.

“People who breed and exhibit dog aspire their whole lives to get into that group ring at Madison Square Garden,” she said.

Known in Hebrew as Calab Kna’ani, the Canaan Dog is the national breed of Israel and has lived in the land, at points alongside and with the local population of the region since ancient times.

After the Romans invaded and destroyed Israel, the dogs fled to the desert, where they lived largely untamed for about 2,000 years, until they were re-domesticated in the 1930’s by. Rudolphina and Rudolph Menzel. During World War II and the Israeli War of Independence, they played key roles as guards, messengers, and mine detectors.

With only 2,000 or 3,000 today, the rare breed, with its dingo-like form, has become a favored show dog, praised for its agility and temperament.

Lux said each breed is judged by the written criteria for its specific species, and going up against dogs with completely different standards.

“A Canaan Dog is in the herding group, meaning they were bred to herd some form of livestock,” she said. “So you want a certain length of leg, a certain amount of bone. A lot of these things are for stamina, because if you’re herding cattle you need the energy to do that.”

Riverside Telltail Coco Posh, a Cardigan Welsh Corgi, won the contest for that category and moves on the coveted Best in Show competition.