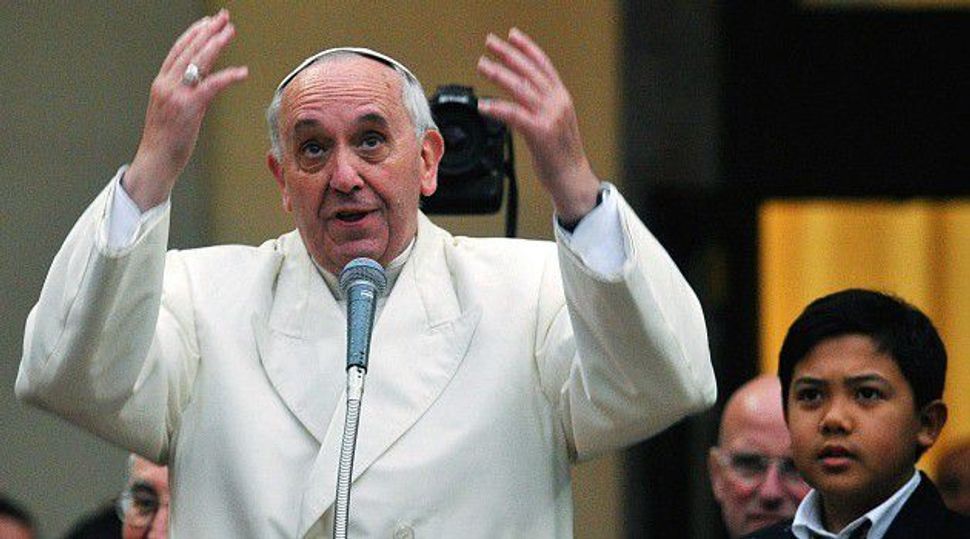 Pope Francis called on Jews and Christians to work together to construct a “more just and fraternal world,” and said he looked forward to his upcoming visit to Israel.

Francis made his remarks during an audience at the Vatican on Thursday with a 50-member delegation of American Jewish Committee leaders.

He called his visit to Israel, scheduled for May, a pilgrimage of “communion, hope and peace.”

Francis praised the AJC for its work in promoting Jewish-Catholic dialogue. He noted that next year marks the 50th anniversary of the Nostra Aetate declaration, which launched the formal dialogue and, he said, “constitutes for the Church the sure point of reference for relations” between Catholics and Jews.”

“It is important that we dedicate ourselves to new generations the heritage of our mutual knowledge, esteem and friendship which has, thanks to the commitment of associations like yours, grown over these years,” he told the group.

AJC President Stanley Bergman called Francis a “true friend.” He said the pope’s visit to Israel in May is “eagerly anticipated, and we pray that it will be an inspiration to all in the region to reject the path of violence and pursue the path of peace.”