152 Jewish Leaders Back John Kerry in Letter to Benjamin Netanyahu 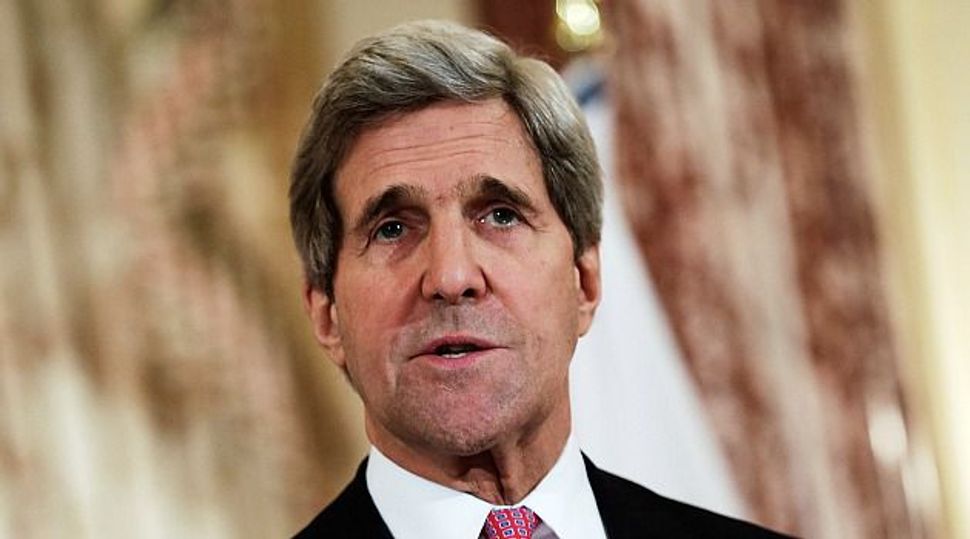 “As American advocates for a strong, Jewish and democratic Israel, we have been heartened by Secretary of State John Kerry’s extraordinary resolve to advance this process consistent with America’s unwavering commitment to Israel’s security,” said the letter sent Wednesday and initiated by the Israel Policy Forum.

“We believe Secretary Kerry’s determined diplomatic effort offers an unprecedented opportunity to ensure Israel’s security, to enhance its prosperity, and to avoid the existential threat to the Jewish state posed by bi-nationalism.”

The letter comes in the wake of attacks on Kerry and his plan by top Cabinet members in Netanyahu’s government.

Netanyahu and his foreign minister, Avigdor Liberman, have praised Kerry and said personal attacks are inappropriate, but there remain gaps between what appear to be the outlines of a Kerry-drafted framework for a peace accord and Netanyahu’s red lines, particularly regarding security measures in the West Bank.

Among the letter’s signatories are Jewish leaders who are noted for their outspoken defense of Israel and at times of Netanyahu’s government, among them Alan Dershowitz, the legal expert and author; Deborah Lipstadt, the Holocaust scholar; Mel Levine, a former Democratic congressman; Michael and Susie Gelman, major philanthropists and leaders in the Washington community; Rabbi Steve Gutow, the president of the Jewish Council for Public Affairs; Rabbi Rick Jacobs, the president of the Union for Reform Judaism; and major fundraisers for Democratic political campaigns, including Marvin Lender, Alan Solow and Alan Solomont.

152 Jewish Leaders Back John Kerry in Letter to Benjamin Netanyahu