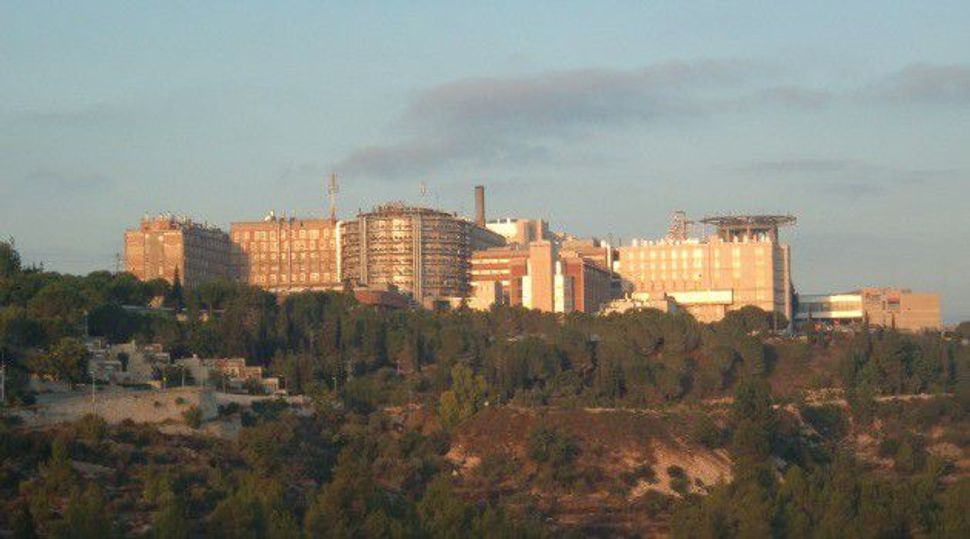 Nurses and non-medical staff walked off the job at Hadassah Medical Center to protest receiving only half of their January salaries.

The strike Sunday morning lasted for three hours, after which the workers returned, but said they would only work a reduced Sabbath and holiday schedule. Doctors and administrators switched to a reduced schedule last week, saying they would not return until they receive their full wages. The hospital system plans to pay the workers only 90 percent o f their salaries with bailout money being provided by the Israeli government and Hadassah, the Women’s Zionist Organization of America.

A Jerusalem court last week approved a 90-day stay of protection from the medical center’s creditors as it faces a deficit of $367 million. The hospital could ask the court for an injunction ordering employees back to work on a regular schedule.

During the 90 days, the medical center will work on a recovery plan for the hospital, which could include firing up to 530 employees, or 10 percent of the workforce, according to Haaretz.