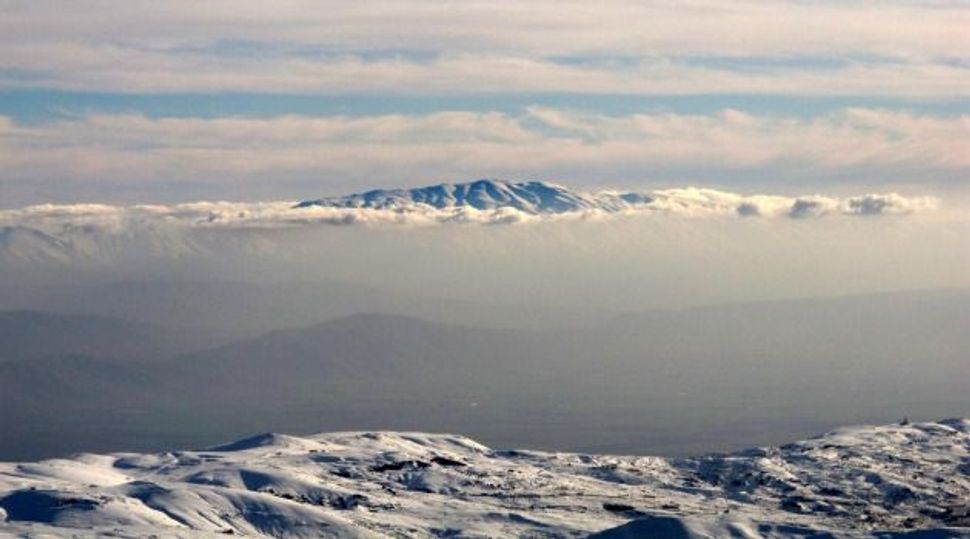 The snow-covered Mount Hermon, which sits on the border between Lebanon, Syria and Israel Image by Getty Images

Israeli warplanes struck a target in eastern Lebanon near the border with Syria on Monday, security sources said.

It was not immediately known what the target was or the exact location of the air strike, which occurred in a mountainous area near the border.

The Israeli army declined to comment but an Israeli security source confirmed that there has been “unusually intense air force activity in the north,” referring to Lebanon.