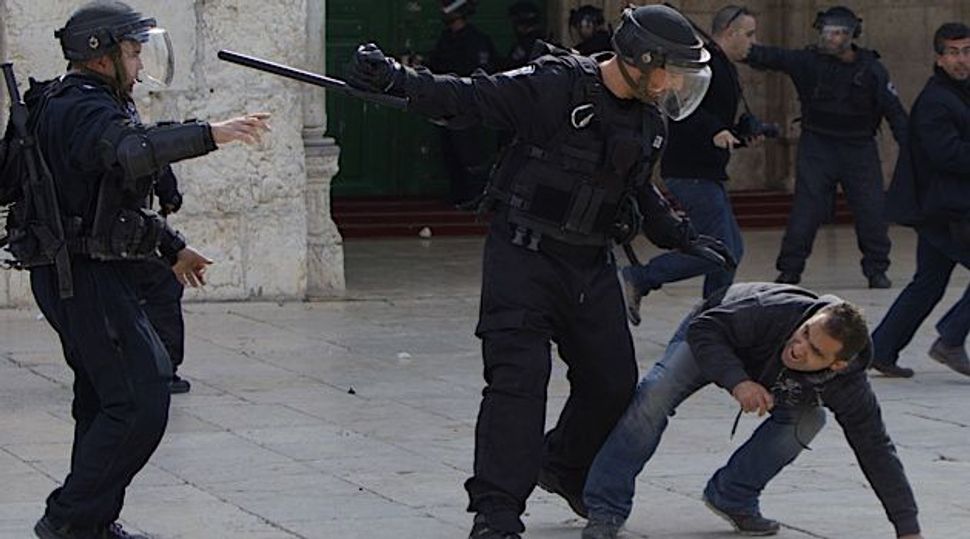 Israeli police entered the Temple Mount to disperse dozens of Palestinian youths, who threw rocks and firecrackers at security forces.

Some 50 protesters had slept at the Temple Mount overnight Monday, in advance of a Knesset debate scheduled for Tuesday on extending Israeli sovereignty over the site that is holy to both Jews and Palestinians. The debate was initiated by Likud lawmaker Moshe Feiglin; a vote is unlikely to take place.

Three of the Palestinian rioters were arrested, and two policemen were hurt in Tuesday morning’s confrontation.