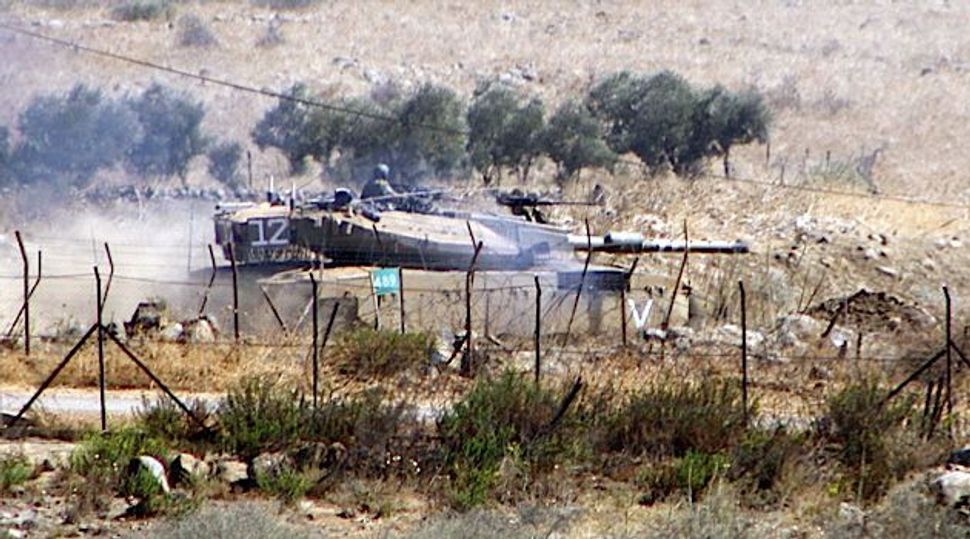 Israeli Prime Minister Benjamin Netanyahu would neither confirm nor deny that Israel had struck a target in Lebanon.

Lebanese media reported Monday that an Israeli airstrike hit a site in Lebanon known for its arms smuggling and recruitment for Hezbollah.

The Daily Star on Monday quoted a Lebanese security source as saying that the Israeli Air Force strike targeted a “qualitative” weapons shipment in the area of Janta on the Israel-Syrian border. Other Lebanese media also reported an attack.

During a news conference with German Chancellor Angela Merkel on Tuesday, Netanyahu declined to answer directly whether Israel Air Force jets had attacked what the Lebanese media said was a Hezbollah missile base, and a route for smuggling arms to Syria.

“Our policy is clear – we will not speak about reports of what we did or didn’t do,” Netanyahu said in response to a reporter’s question.

“We do all that is necessary in order to defend our citizens,” Netanyahu added.

The Israeli army had not commented on the reports.

Israel has said it will not allow Hezbollah to receive high-quality weapons from its allies in the Syrian government.

Israel was blamed for attacking a warehouse of advanced Russian-made S-300 missiles in the Syrian port city of Latakia in January, an accusation it neither confirmed nor denied. In recent months, Israel has been accused of several attacks on weapons targets in Syria, including near Latakia, some of which were verified by U.S. officials.