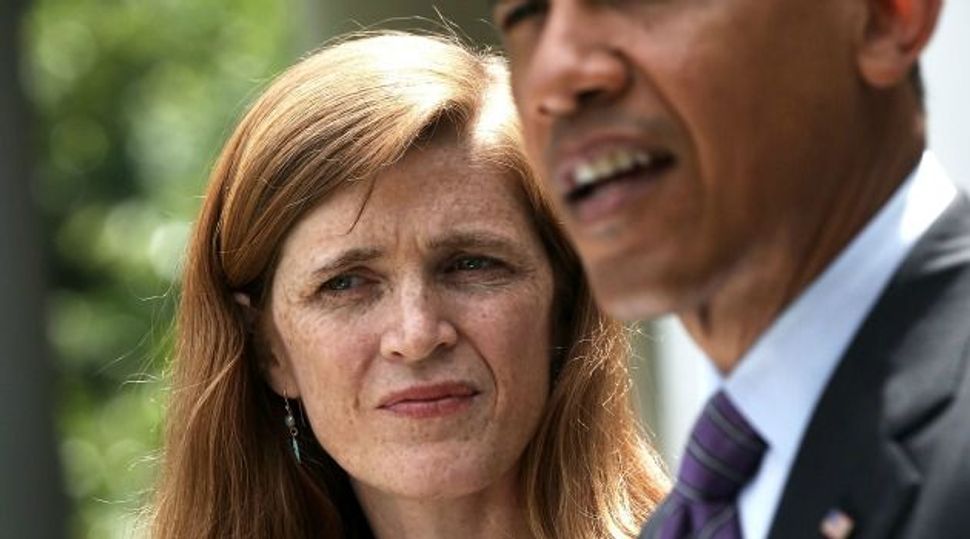 Samantha Power, the U.S. ambassador to the United Nations, posted a correction to a tweet about Daniel Pearl that stirred controversy over the slain journalist’s death.

Responding to the tweet by Power on Sunday night, some said it appeared to indicate that The Wall Street Journal reporter was responsible for his own death.

“Daniel Pearl’s story is a reminder that individual accountability and reconciliation are required to break cycles of violence,” Power tweeted Sunday night.

Pearl, who was Jewish, was decapitated by Islamic extremists in Pakistan in 2002.

Early Monday morning, Power posted a correction explaining that her reference was to the global outreach of the Daniel Pearl Foundation, which was established by the journalist’s parents, Ruth and Judea Pearl.

Speaking Sunday night at the 12th annual Daniel Pearl Memorial Lecture, Power asserted that the United States opposes boycotts of Israeli institutions and products “as disruptive of the peace process.”