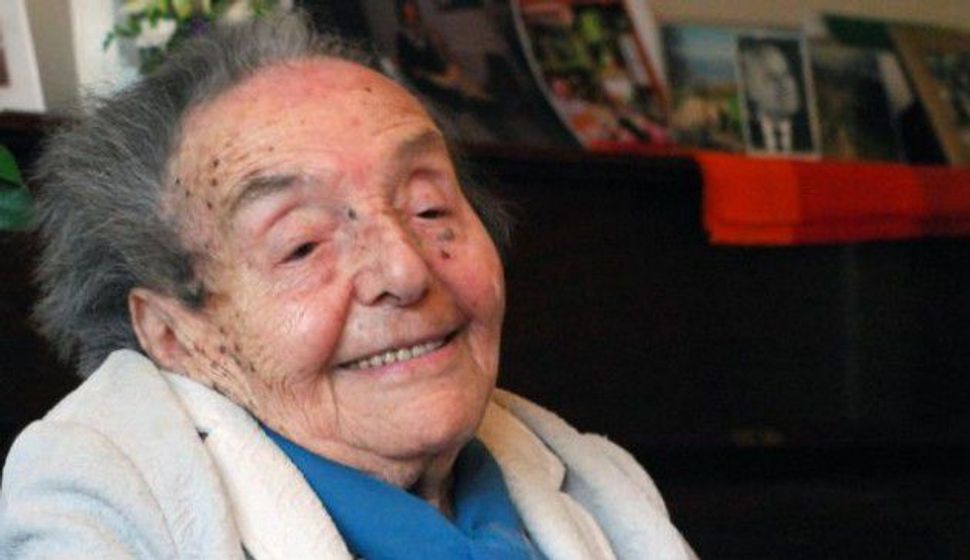 Herz-Sommer died Sunday in London at the age of 110.

With her death, Yisrael Kristal, an Israeli candy maker from Haifa who turned 110 in September, becomes the unofficial world’s oldest Holocaust survivor, Haaretz reported Tuesday. Kristal, a survivor of Auschwitz, has nine grandchildren and more than 20 great grandchildren. He immigrated to Israel in 1950 from his birthplace of Lodz.

Herz-Sommer, an acclaimed pianist who made her concert debut in Prague as a teenager, saved her own life and her son Rafi’s as a member of the orchestra at the Theresienstadt concentration camp. She lived in Israel for 37 years after the Holocaust and followed Rafi to London in 1986; he died 15 years later at 65.

Her life is chronicled in the Oscar-nominated documentary “The Lady in Number 6: Music Saved My Life.”