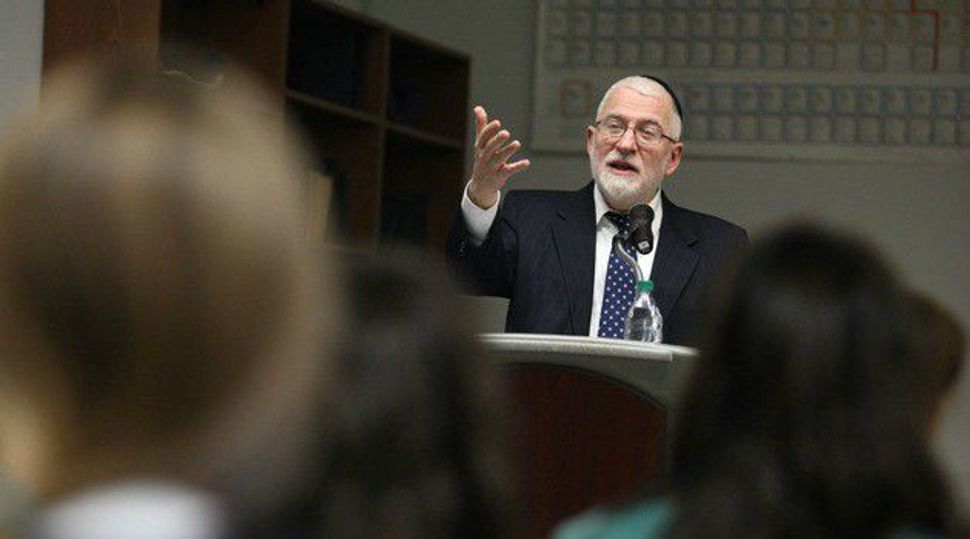 The rabbinical school of Yeshiva University, previously said to be withholding ordination from a student who held a partnership minyan in his home, now says it will grant the student ordination.

“An agreement has been reached and the student will be receiving Semikha,” Y.U. spiritual leader Rabbi Yosef Blau told the Forward in an email, referring to ordination.

Matthew Yaniv, the yeshiva’s director of media relations, confirmed by phone Thursday that the ordination will take place.

The agreement comes on the heels of a letter sent to the student by Rabbi Menachem Penner, acting dean of the Rabbi Isaac Elchanan Theological Seminary (RIETS), and published on The Jewish Channel website. The letter explained that a rabbi who receives ordination from RIETS “would be expected to not participate in such activities nor create a public impression that he supports such activities in normative practice” and would be “expected to defer, in matters of normative practice, to the opinions of recognized poskim” or arbiters of Jewish law.

The January 13 letter indicated that the student — whom it identified as “Shalom” — would not receive ordination unless he subscribed to these rules. It asked him to reply, “in writing, affirming or denying your ability to agree to these principles.”

The student had held a partnership minyan, in which women lead certain parts of the prayer service, at the request of his wife. She had been ill and wanted to be able to recite a blessing at the service.

Since the student’s story was publicized by a February 26 report in The New York Jewish Week, many have expressed their displeasure with Y.U.’s initial stance, including several rabbis ordained by Y.U.

Rabbi Josh Yuter, who received ordination from Y.U. in 2003 and now serves as the rabbi of Manhattan’s Stanton Street Synagogue, took issue with the assumptions underlying Penner’s letter, particularly that Y.U.-ordained rabbis do not have the authority to make Jewish legal decisions and are instead expected to defer to more recognized arbiters.

“That’s not what semikha is,” Yuter told the Forward by phone. “That actually contradicts what it says on the semikha certificate.” He explained that the certificate’s wording makes clear that he has the authority to render decisions about what is forbidden and what is permitted according to Jewish law.

“What you’ve got here is an approach that effectively guts the authority of Y.U.’s own rabbis,” Yuter said. He added that the school’s issue with partnership minyans appears not to be based so much on legal prohibition as on the fact that these quasi-egalitarian services cut against a certain image of Orthodox practice. “The real focus here isn’t even God, but the specific manifestation of Orthodoxy that we have today, and that must be preserved above all else.”

Tzvee Zahavy, a former University of Minnesota professor who received ordination from Y.U. in 1973, also took issue with Penner’s letter. “There’s no asterisk on my semikha certificate saying, you have the authority, but you have to check with us first,” he said.

Zahavy was so taken aback by the letter that he sent an email to Penner, asking whether Y.U. would like to revoke his ordination, since he supports the rabbinical student who held a partnership minyan. Penner wrote back, saying, “No, I doubt that’s necessary.”

It’s not clear what role such outside pressure — from Y.U. alumni and others — had in the yeshiva’s eventual decision to grant ordination to the student. Nor is it clear exactly what the student assented to in his agreement with the yeshiva.

Penner did not immediately respond to a request for comment.

The student has, so far, continued to remain anonymous. He will be ordained at Y.U.’s Chag HaSemikhah Convocation on March 23.