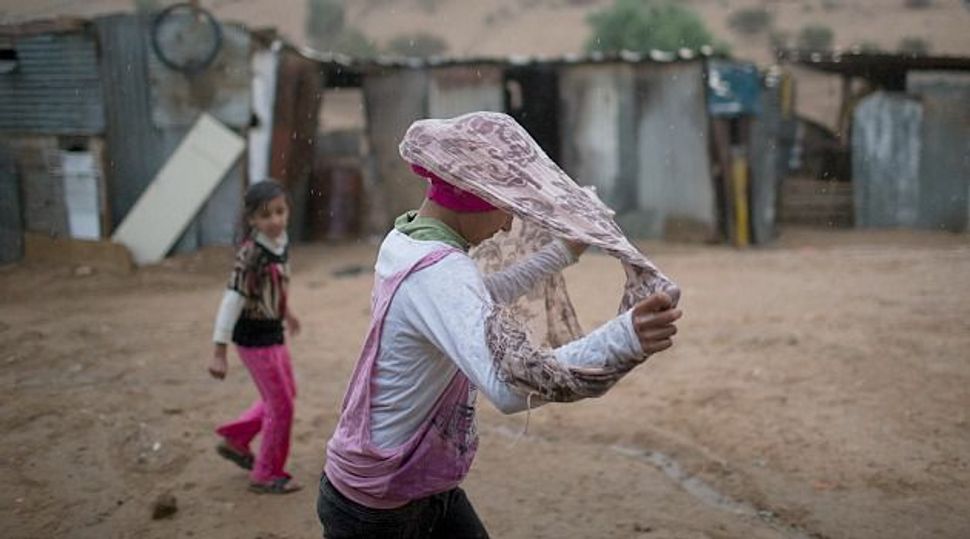 A focus of this year’s U.S. State Department human rights report on Israel was Bedouin rights.

The report issued Thursday noted the Bedouin in its introduction, which it did not previously, and examined at length the demolition of Bedouin dwellings in 2013, a result of Israel’s relocation policies.

“While Arab communities in the country generally faced economic difficulties, the Bedouin segment of the Arab population continued to be the most disadvantaged,” the report said.

The report noted that the government demolished 413 buildings in Bedouin villages in the Negev and that another 449 homes were demolished by Bedouin seeking to avoid demolition costs levied by the government.

“Many Bedouins complained that moving to government-planned towns would require them to give up claims to land they had occupied for several generations and would separate them from their livelihood, while the government claimed it was difficult and inefficient to provide services to clusters of buildings throughout the Negev that ignored planning procedures,” the report said.

The report noted an overall decline in terrorist attacks against Israelis said that Israel met international standards in areas such as prisons, arrest and detention and also that it maintained an independent judiciary and a free press.

It noted that “price tag” attacks by Jewish extremists against Arabs expanded beyond the West Bank into within Israel proper.

In its report on Palestinian-controlled areas, the State Department included reports of unlawful security service killings and torture and said detention conditions were “extremely bad.”

It also noted the discrepancy within Israel between prisons for Israelis and for West Bank Palestinians.

“IDF detention centers for security detainees were less likely than Israeli civilian prisons to meet international standards,” it said, and included reports of crowding and in some cases “extreme violence” against detainees.

The report included a section on anti-Semitism in Palestinian-controlled areas, citing expressions of anti-Semitism and Holocaust denial by officials and outlets of both the West Bank-based Palestinian Authority and Hamas authorities in the Gaza Strip.

Elsewhere in the annual human rights report, the State Department reported a decline in anti-Semitism in Ukraine in 2013, a period before the eruption of unrest in recent weeks.

In the introduction to its report on France, the State Department said, “The most significant human rights problems during the year included an increasing number of anti-Semitic and anti-Muslim incidents.”