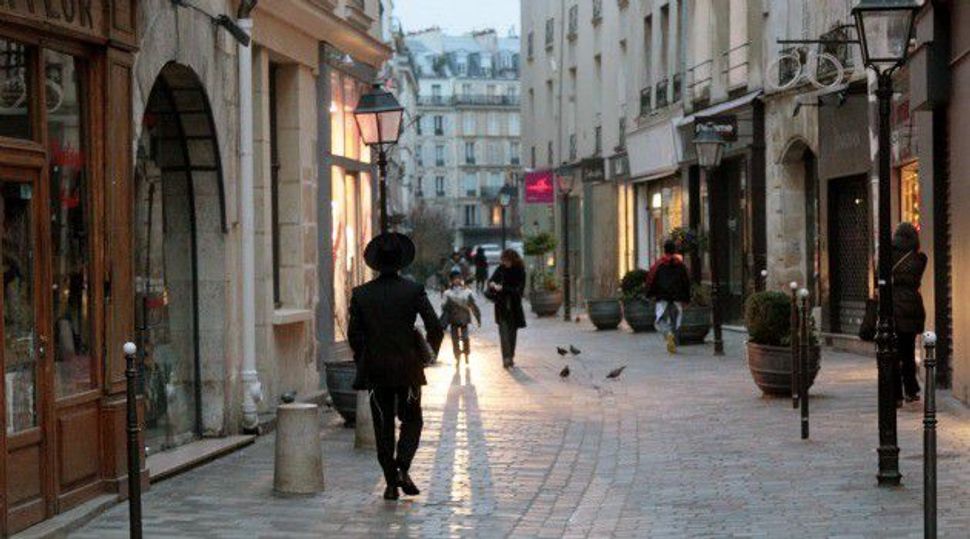 The number of anti-Semitic attacks recorded in France last year decreased by 31 percent over the previous year, the French Jewish community’s watchdog on anti-Semitism said.

In its annual report released Sunday, the SPCJ security organization counted a total of 423 anti-Semitic incidents in 2013 compared to 614 in 2012.

However, the figure for 2013 was eight percent higher than the number of anti-Semitic incidents recorded by SPCJ in 2011, the watchdog said.

“Anti-Semitism in France cannot be considered anymore as a temporary situation associated with situation in the Middle East; it is a structural problem that has not been fought as such and has not been halted yet,” SPCJ wrote in a statement released to the media with the report.

Out of the 423 incidents documented in 2013, 49 were classified by SPCJ as involving “physical violence” compared to 57 cases in 2011 and 96 cases in 2012 — the year that an Islamist killed four Jews at a school in Toulouse.

According to SPCJ, hate crimes against Jews constituted 33.2 percent of all 1,274 racist incidents recorded in France by the French interior ministry, whereas Jews make up only one percent of the French population.

SPCJ said the murder unleashed a wave of approximately 100 attacks on Jews across France and mainly in Paris within 10 days of the murder.

“The decrease in anti-Semitic incidents in 2013 compared to the previous year failed to meet the level we had expected and hoped for,” SPCJ wrote in its report.

About 100 incidents were recorded in the Paris area. Incidents in and around Marseille and Lyon accounted for another 48 incidents combined.

One of the assaults documented was an attempted stabbing on Sept. 24 of a Jewish schoolboy in Paris’ 16th arrondissement. A passerby saw the boy being attacked by a young man, who hurled anti-Semitic insults at the boy. The passerby intervened and gave the boy a ride away from the scene on his scooter.