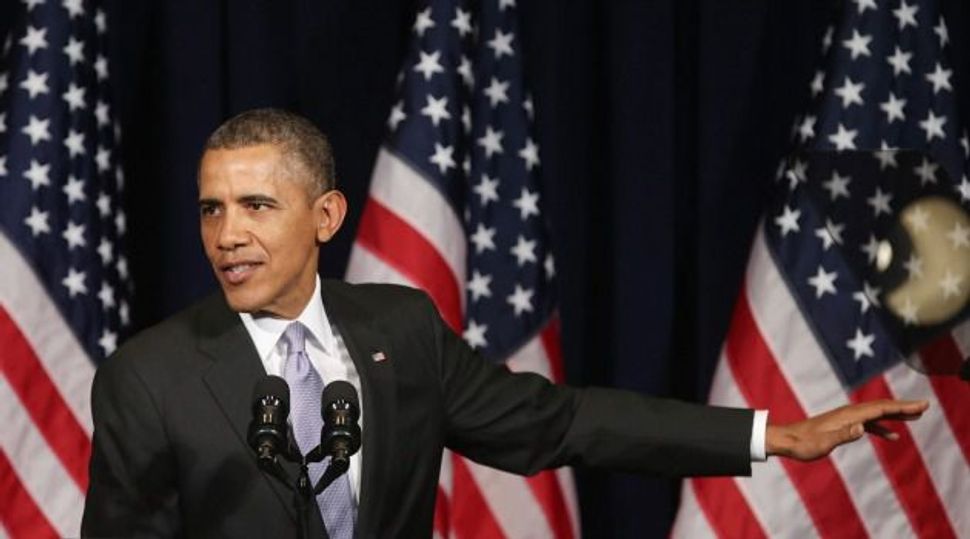 The United States will have a “limited” ability to manage the “international fallout” on Israel if it does not make peace with the Palestinians, President Obama said.

“The absence of international goodwill makes you less safe,” Obama told Bloomberg’s Jeffrey Goldberg during an interview in the Oval Office, which was published Sunday afternoon. “The condemnation of the international community can translate into a lack of cooperation when it comes to key security interests. It means reduced influence for us, the United States, in issues that are of interest to Israel.”

Obama said that Palestinian Authority President Mahmoud Abbas is the most politically moderate Palestinian leaders that Israel is likely to face across the peace negotiating table, and said now is the time to seize the opportunity to make peace with someone who he says is sincere about recognizing Israel and its right to exist and its security needs.

The president sympathized with Israeli Prime Minister Benjamin Netanyahu’s political difficulties at home in trying to negotiate a peace deal, but added that he believes Netanyahu is one of the only Israeli politicians who could cut such a deal and sell it to the Israeli people.

“For Bibi to seize the moment in a way that perhaps only he can, precisely because of the political tradition that he comes out of and the credibility he has with the right inside of Israel, for him to seize this moment is perhaps the greatest gift he could give to future generations of Israelis,” Obama said, referring to Netanyahu by his popular nickname.

“I believe that Bibi is strong enough that if he decided this was the right thing to do for Israel, that he could do it,” Obama said. “If he does not believe that a peace deal with the Palestinians is the right thing to do for Israel, then he needs to articulate an alternative approach. And as I said before, it’s hard to come up with one that’s plausible.” Obama reiterated the U.S. commitment to Israel’s security, asserting that it is “not subject to periodic policy differences. That’s a rock-solid commitment, and it’s one that I’ve upheld proudly throughout my tenure.”

He added that he did not believe the bipartisan support that Americans have for Israel is not going to be affected by the absence of a peace agreement.

“So it is not realistic nor is it my desire or expectation that the core commitments we have with Israel change during the remainder of my administration or the next administration,” Obama said.

Netanyahu appeared to respond to the Obama interview in a statement upon landing early Monday morning in the United States.

“The tango in the Middle East needs at least three. For years there have been two — Israel and the U.S. Now it needs to be seen if the Palestinians are also present. In any case, in order for us to have an agreement, we must uphold our vital interests. I have proven that I do so, in the face of all pressures and all the turmoil, and I will continue to do so here as well,” Netanyahu said.