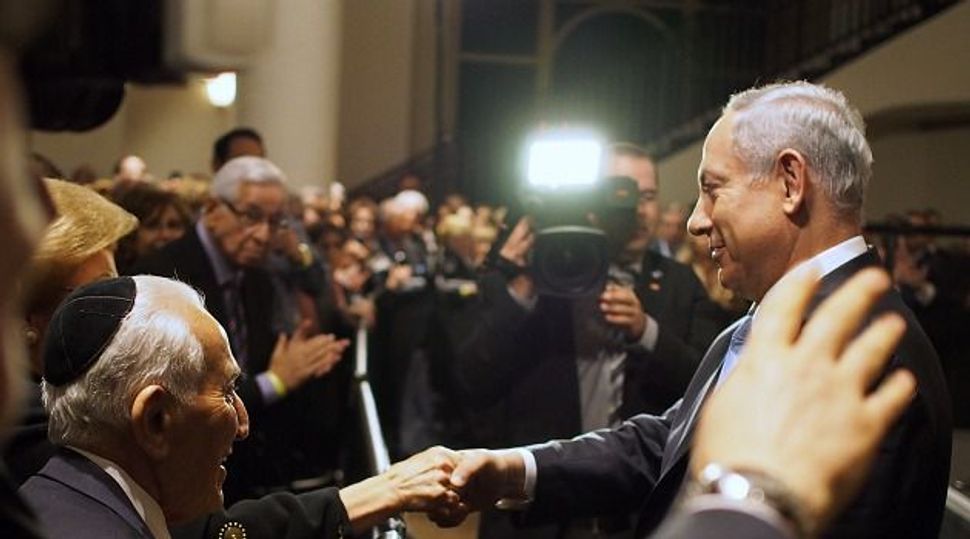 When peace talks between the Israelis and Palestinians resumed last July, everyone assumed that the main sticking points would remain, as ever, security, borders, the status of Jerusalem and the plight of refugees.

As the United States struggles to put together a framework deal that will allow negotiations to proceed beyond an initial April deadline, they have run into an unexpected roadblock – Israel’s firm demand to be recognised as a specifically Jewish state and the Palestinians’ adamant rejection of any such idea.

Although all the old, tangible issues remain unresolved, suddenly a conceptual one has become the major stumbling point; and one drenched in history and mutual recrimination.

Israeli Prime Minister Benjamin Netanyahu has said repeatedly during a visit to the United States this week that to secure peace, he needs Palestinian recognition, arguing that the issue goes to the heart of the generations-old conflict.

“In recognising the Jewish state you would finally make clear that you are truly prepared to end the conflict. So recognise the Jewish state, no excuses, no delays. It is time,” he told the pro-Israel AIPAC lobby.

The United States has endorsed the Israeli position, but the Palestinians say that to concede on this point would be to jeopardise the rights of Israel’s sizeable Arab minority.

“This is like telling the Palestinians they did not exist all these hundreds and thousands of years, that this historically has been a Jewish land,” said Hanan Ashrawi, a senior member of the Palestine Liberation Organization (PLO).

“Palestine historically has been diverse. There have been many tribes here. Our history is not going to be something we can deny,” she told reporters at a recent news briefing.

Palestinian President Mahmoud Abbas says the PLO made its great concession in 1993 when it acknowledged Israel’s right to exist and agreed that their own state should be built on territory seized by Israel in the 1967 war – land that makes up just 22 percent of British-mandate Palestine.

He and his aides argue that neither Egypt nor Jordan, the only two Arab states to have signed peace deals with Israel, were ever required to make a similar gesture.

In addition, they accuse the hardline Netanyahu of deliberately throwing an insurmountable hurdle across their path in an effort not to be blamed should the talks fail.

“Netanyahu’s request for (our recognition) of a Jewish state is just a waste of time and meant to evade a true and just peace,” said Abbas spokesman Nabil Abu Rdeineh, responding to the Israeli leader’s AIPAC speech.

The issue was first raised as an Israeli concern by Netanyahu’s predecessor Ehud Olmert, who is considered a political moderate and arguably came as close, or closer than any other Israeli leader to making peace with the Palestinians.

Many in the Israeli political establishment support Netanyahu’s stance, saying Palestinian recognition would show the world they had accepted that Jews had a right to the land rather than merely acknowledged a place called Israel.

The debate is being played out against genuine anxiety in Israel that demographics point to a steady decline in the Jewish majority within the country.

“Palestinian recognition of Israel as the Jewish state will make it hard to promote ideas of turning the State of Israel into a state of all its citizens,” said Giora Eiland, a former Israeli national security advisor.

Palestinians argue that this notion threatens the future of Israel’s minorities – even though Israel’s 1948 Declaration of Independence guarantees full civil rights for all its citizens.

“It will become perfectly acceptable to discriminate against non-Jews because this will be a Jewish state,” says the PLO’s Ashrawi.

Israelis say the Jewish nature of their state was enshrined in the international arena from the word go, when the 1947 U.N. resolution that recommended the partition of British-mandate Palestine mentioned the term “Jewish State” 30 times.

Palestinians respond that the term was used because at that stage there was no other way to differentiate between the proposed Jewish and Arab entities – “Israel” did not exist.

The main practical result of any recognition of Israel’s Jewish nature would be to signal that the Palestinians were forgoing the right of return to Israel of Palestinian refugees who fled or were forced from their homes in Arab-Israeli wars.

The United Nations puts the number of registered refugees and their descendants at 4.98 million – well over half Israel’s current population of some 8.1 million people.

“President Abbas … you would be telling Palestinians to abandon their fantasy of flooding Israel with refugees,” Netanyahu said in his Tuesday speech.

In a speech last month, Abbas echoed Netanyahu, saying “We do not seek either to flood Israel with millions (of refugees) or to change its social composition.” However, he and his advisers believe acknowledgment of the Jewish nature of Israel would close the door on any of the refugees returning.

“Do you think any Palestinian leader in his right mind can ever accept that? This makes it impossible to sign any peace deal with Israel. Do you see the horror of this narrative?” said veteran Palestinian negotiator Nabil Shaath.

Not everyone in Israel agrees with Netanyahu over this issue. Israeli President Shimon Peres has questioned the wisdom of the demand and Finance Minister Yair Lapid, the leader of the second-largest coalition party, has also challenged it.

But having made such an issue out of it, neither Netanyahu nor Abbas show any signs of backing down, raising the prospect that a new element will join the stack of hurdles that have already brought down an array of previous peace initiatives.