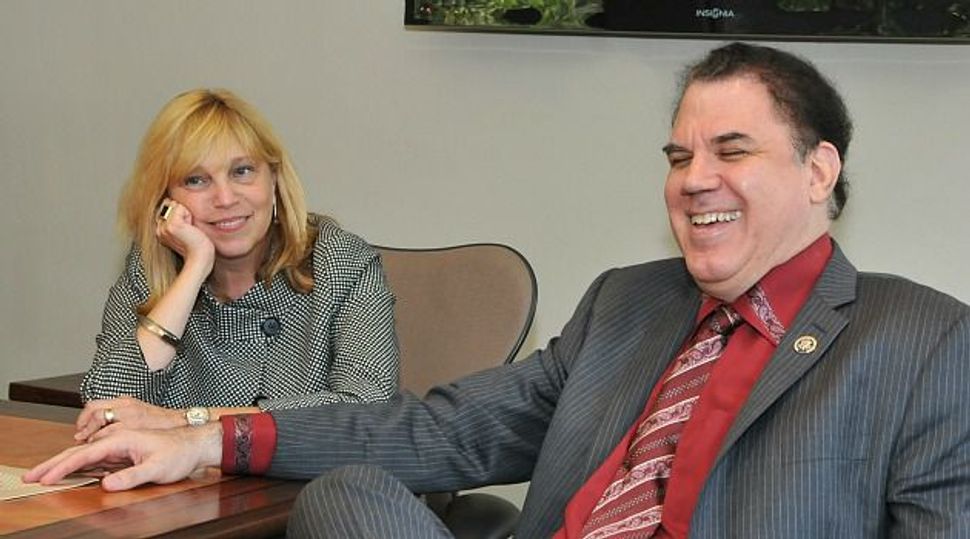 A lawyer for U.S. Representative Alan Grayson denied accusations on Wednesday that the congressman shoved his wife during a weekend domestic dispute and said a video recording of the incident supports his account.

The video shows that Grayson’s estranged wife, Lolita, was the aggressor and the congressman did not touch her in any way, said attorney Mark Nejame in a press release.

Lolita Grayson, who filed for divorce in January, this week won a temporary protective order against her husband, based on her statement of what happened during an argument at the family’s home on Saturday.

She also reported the incident to the Orange County Sheriff’s Department.

“Though our office is investigating the allegations, this is an open and active case; we will refrain from any speculation and will await the findings and conclusions of our investigation,” the sheriff’s office said in a written statement.

“The videotape and witnesses clearly refute the affidavit which was the basis of the restraining order,” Nejame said in his statement.

An aide to Grayson who said he was with the congressman has stated in tape-recorded interviews on Orlando television that his boss did not strike his wife.

Lolita Grayson’s petition for a restraining order remains sealed under court rules which keep legal filings in domestic violence cases under wraps until the accused has been served for the protection of the petitioner.

The Orlando Sentinel, however, reported this week the petition alleged that Grayson “deliberately and with force pushed [his wife] very hard against the front door, causing to fall to the ground as a result.” The newspaper said the petition was accompanied by photos showing bruises.

The Graysons have been married for 23 years and have five children.

Grayson, 55, who is up for re-election in 2014, has drawn three potential Republican challengers.

Grayson was known during his first term in Congress from 2009-2011 as a fire-breathing Democrat who famously summed up the Republican plan for healthcare as “if you do get sick, die quickly.”

Soundly defeated in the 2010 mid-term election by Daniel Webster during a Republican sweep of national and local offices, Grayson came back in 2012 to win a new congressional district seat awarded to Central Florida under redistricting.