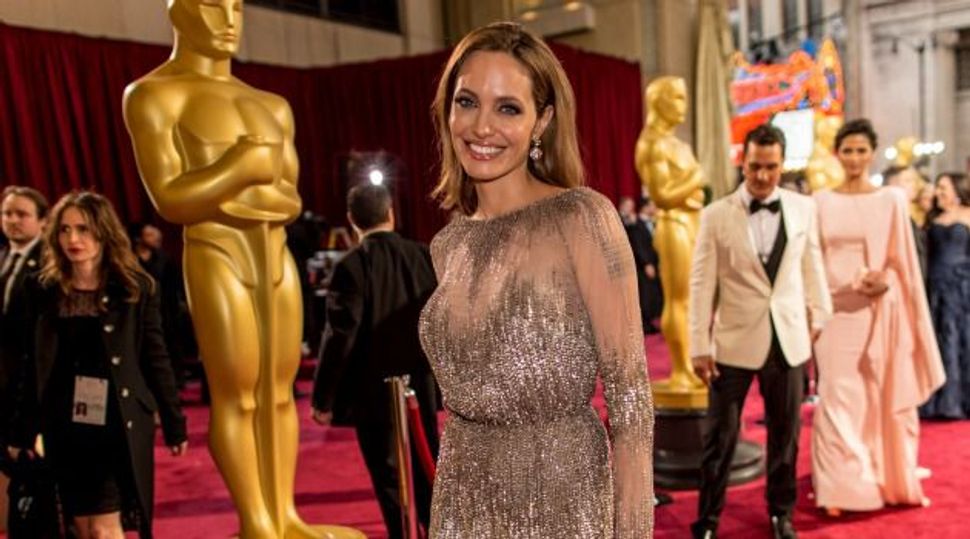 Angelina Jolie has no regrets.

The 38-year-old actress opened up for the first time about her decision to undergo a preventative mastectomy in an interview with Entertainment Weekly.

“I’m great! I’m very happy I made the decision. I was very fortunate to have great doctors and very, very fortunate to have a good recovery and have a project like ‘Unbroken’ to have something to be really focused on, to be getting healthy for, and to be able to just get right back to work,” the “Maleficient” star told EW, referring to her second stint in the director’s chair.

She first wrote about her decision in a controversial essay published in the New York Times.

Ashkenazi Jews are much more likely than the general population to carry the BRCA mutation. In May 2013, filmmaker Joanna Rudnick was recovering from a double mastectomy when she read that Jolie’s Op/Ed.

“I had tears in my eyes,” Rudnick told the Forward at the time “She is going to save so many lives. I’m farklempt.”

Others criticized Jolie for her decision to go public, warning that she was, perhaps inadvertently, pressuring women to undergo unnecessary surgery.

But Jolie told EW that the publicity surrounding her story allowed her to find and become part of a community of people going through similar health challenges.

“I feel very, very close – much closer – to other women, and women who are going through the same thing. Wherever I go, usually I run into women and we talk about health issues, women’s issues, breast cancer, ovarian cancer,” she told the magazine. “I’ve talked to men about their daughters’ and wives’ health. It makes me feel closer to other people who deal with the same things and have either lost their parents or are considering surgeries or wondering about their children.”

She added: “The reason that I wrote it was to try to communicate and help and connect with other women and other families going through the same thing. I was very, very moved by all the support and kindness from so many people.”