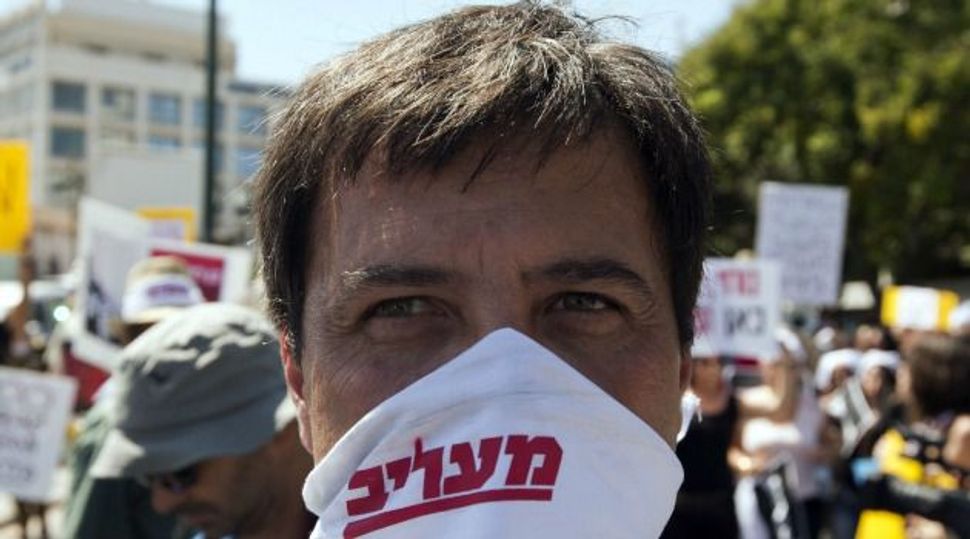 Former Maariv journalists demonstrate against their dismissals in Tel Aviv in 2012. Image by Getty Images

The Israeli daily newspaper Maariv did not publish a Sunday edition.

Workers were told by owner Shlomo Ben Tzvi not to come to work on Saturday night, the Times of Israel reported. The on-line edition was published on Maariv’s NRG website, however.

It is not known if the newspaper will resume printing on Monday. The newspaper has suffered a decline in readership and advertising revenue in recent years.

Ben Tzvi was scheduled to appear in Jerusalem District Court on Sunday to request protection from creditors. His company reportedly owes $10 million to writers and other employees.