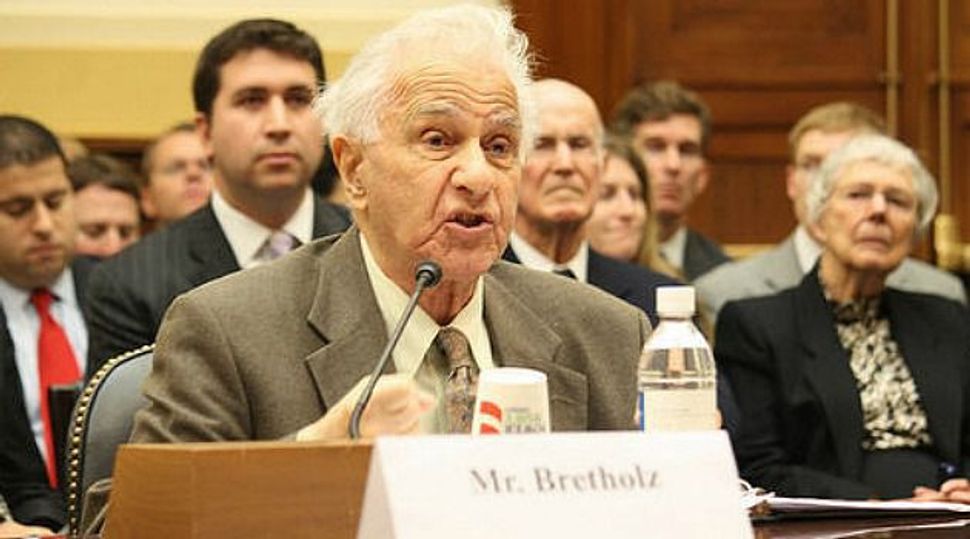 Leo Bretholz, who had escaped from a train transporting him to a Nazi death camp, died the weekend before he was to testify on behalf of a Maryland bill making railroad firms accountable for their actions during the Holocaust.

He was to testify Monday before the Maryland House of Delegate’s Ways and Means Committee considering legislation that would prevent companies from winning tax-funded rail projects until they were held accountable and paid reparations to those who were forced onto the cattle cars. He had become the face and voice of the Ad Hoc Coalition for Holocaust Rail Justice.

Bretholz was a young boy on one of the deportation trains run by SNCF, the French-owned railroad company, when he and another boy began filing at the bars that covered the train’s windows. Many others on the train begged them to stop for fear they would all be punished, but one rider urged them on, telling the boys to tell the world the deportees’ story, Bretholz recalled repeatedly during testimony and in his book, “Leap Into Darkness: Seven Years on the Run in Wartime Europe.”

“To know Leo was to love him and respect him, and our work to ensure justice for him and the thousands of other SNCF victims will continue in his memory,” according to a statement issued from the Ad Hoc Coalition for Holocaust Rail Justice.