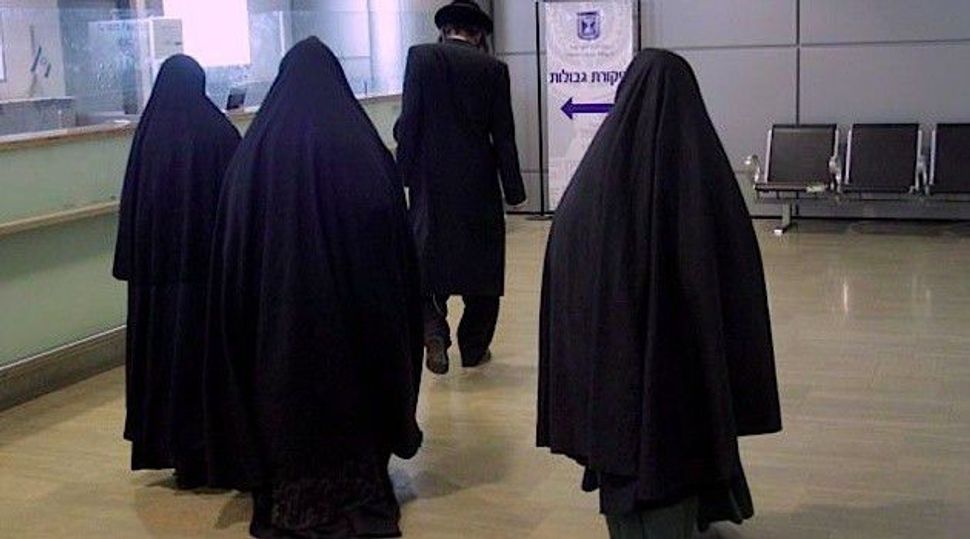 On Sunday, officials at Calgary’s airport seized a 17-year-old and her 5-month-old daughter. They are scheduled to fly back to Toronto.

The mother and baby were part of a group of 14 Lev Tahor children who fled just ahead of an Ontario court order to remove them from the sect and place them in foster care.

A day earlier, nine Lev Tahor members — three adults and six children — were forcibly returned from Trinidad and Tobago to Canada. The five girls and one boy were placed in the care of local children’s aid officials.

Six other Lev Tahor children who were named in the removal order and fled to Guatemala along with two adults are still at large, and officials are trying to locate them.

All 14 children were named in a removal order issued by a Quebec court last year, which acted on allegations of physical beatings, underage marriage and neglect. Some 250 sect members left that province in November and resettled in rural Ontario, where a court later upheld the Quebec order.

Sect members appealed the Ontario ruling but failed to show up in court, and reports surfaced the same day that the children and some adults left Canada, despite being ordered to stay in the country.

The court then issued an emergency ruling, made behind closed doors, to seize the children.

Lev Tahor spokesman Uriel Goldman told the Globe and Mail newspaper that the nine members who were returned from Trinidad and Tobago “were treated like war criminals,” adding “it’s it’s back to Berlin, 1939.”

The Globe reported Monday that two of the adults who accompanied the children to Trinidad and Tobago are Israeli citizens who are being detained and face deportation from Canada.