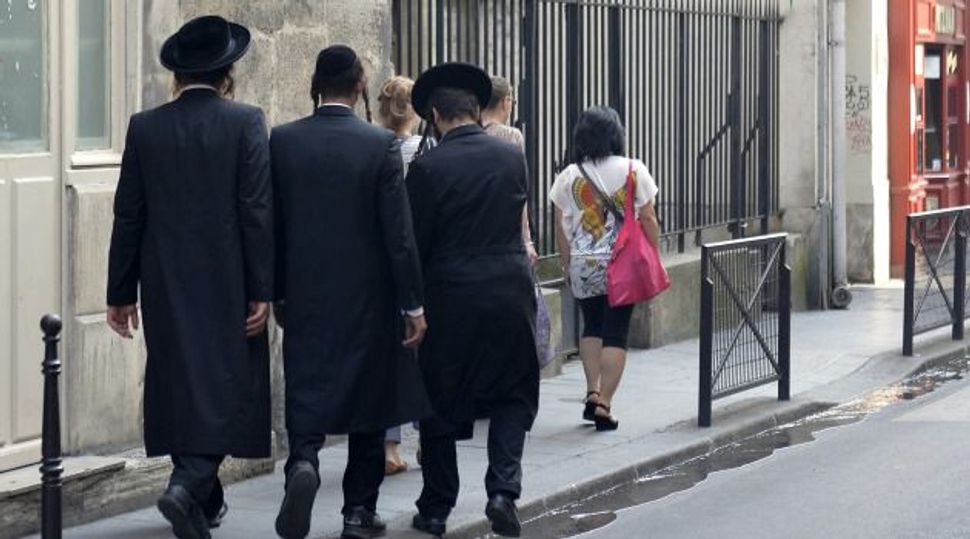 The attack happened on Monday night at a building next to a synagogue on Pavee Street in Paris’ 4th arrondissement, according to the News site JSSnews.com.

The victim was identified as K. Sassoun, a 52-year-old Israeli. The perpetrators fled from the scene immediately after the act. Sassoun did not sustain serious physical injuries but required medical treatment after being knocked down by the taser gun, which sends electric currents that usually incapacitate targets or render them unconscious for several minutes.

One of the perpetrators was black, according to an unnamed witness who reported the incident to the National Bureau for Vigilance against anti-Semitism, a Drancy-based not-for-profit watchdog known locally by its French acronym, BNVCA.

“The perpetrators assaulted the victim for no other reason than his clothing and appearance, which identified him as being Jewish, and the fact that he was near a Jewish place of worship,” BNVCA said in a statement. Sassoun filed a complaint for racial hate crime and assault with Paris police.

The 4th arrondissement, or Marais, used to be the center of Jewish life in Paris and is considered its historic Jewish quarter.

According to BNVCA, the assault was part of a spate of hate crimes against Jews this month.

On Saturday, a group of teenagers hurled stones at a Jewish institution in Sarcelles near Paris and shouted “death to Jews.” On Friday, BNVCA learned that a school bus full of Jewish students was pelted with stones by teenagers in Paris.

And on Sunday, several people chanted anti-Semitic slogans at a young Jewish woman near a Jewish studies center in Strasbourg. One of the chants was “Merah max” – a reference to Mohammed Merah, an Islamist who killed four Jews in Toulouse in 2012.

Earlier this month, the French Jewish community’s watchdog organization, SPCJ, released a report that counted 423 anti-Semitic incidents in France in 2013. The figure was a 31-percent decrease from the previous year, but was still higher by eight percent than the number of incidents recorded in 2011.