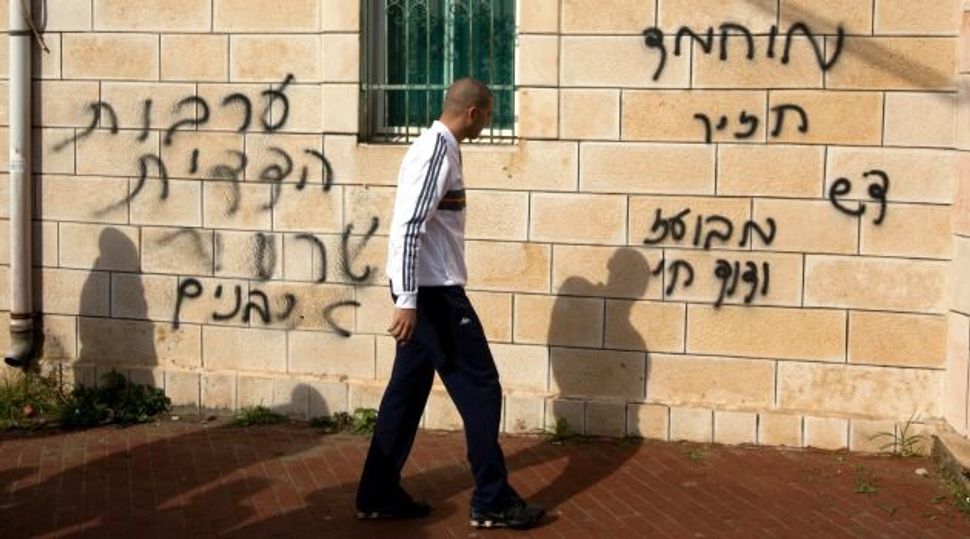 An Arab-Israeli town in Israel’s center was hit with what police believe is a price tag attack by Jewish extremists.

Some 19 cars were damaged and had their tires slashed and racist graffiti was painted at the entrance to Jaljulia, located in Israel’s Sharon region near Kfar Saba. The town has about 9,000 residents, nearly all Arabs. It is the first such incident inside Central Israel’s Green Line, Israeli news outlets are reporting.

The graffiti included “Every Arab is a criminal” and “God is king,” according to reports.

Police announced Tuesday that they are investigating the incident, which they reportedly believe is a price tag attack. Price tag refers to the strategy adopted by extremist settlers and their supporters to exact retribution for settlement freezes and demolitions or Palestinian attacks on Jews.

In February, the Arab neighborhood of Sharafat in the village of Beit Safafa in eastern Jerusalem was the site of two price tag attacks.