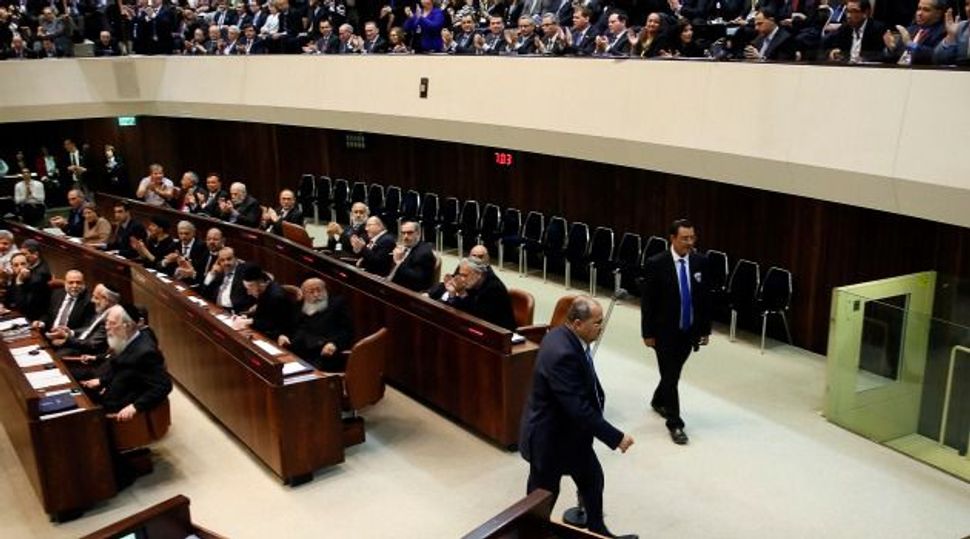 Israel approved a change to electoral law on Tuesday that raises the percentage of votes needed for seats in parliament, an amendment that critics said targets Arab and ultra-Orthodox Jewish minorities.

The opposition in the Knesset, or parliament, boycotted the 67-0 vote which supporters said will bring greater stability to government. Many of Israel’s governing coalitions have fallen or were disbanded before the end of their terms due to unstainable alliances among ultranationalist, religious, centrist and left-wing legislators.

No one party has ever won a majority in an Israeli general election, and often factions with only a small number of legislators can be political kingmakers in building – or bringing down – a coalition government.

Israel’s 120 Knesset seats, now divided among 12 factions, are assigned in proportion to each party’s percentage of the national vote. Under the revised law, a party would need to take at least 3.25 percent of the vote, up from two percent, to win a seat.

Critics called the new law a blow to democracy and said it may even lead to minorities being excluded from the legislature.

“The government is taking steps of hatred and exclusion and trying to push certain parties to the sidelines,” opposition leader Isaac Herzog of the Labour Party told a protest session of opposition lawmakers.

Prime Minister Benjamin Netanyahu told fellow members of his right-wing Likud faction before the vote “the people of Israel need a strong and stable government and governability, and fewer splinter parties”.

Arab citizens make up about a fifth of Israel’s 8 million population. Experts say the Arab community could secure up to 20 seats if its traditionally low turnout at the polls were higher and if the three Arab parties presented a more united front.

The Arab-led parties – Ra’am-Ta’al, the National Democratic Assembly and Hadash – won 11 seats in the 2013 ballot.

Ultra-Orthodox Jews, by contrast, make up about 10 percent of the population but have a high turnout on election days. The two parties representing them, which for the first time in a decade are not in government, are Shas, with 11 seats, and United Torah Judaism, with seven.