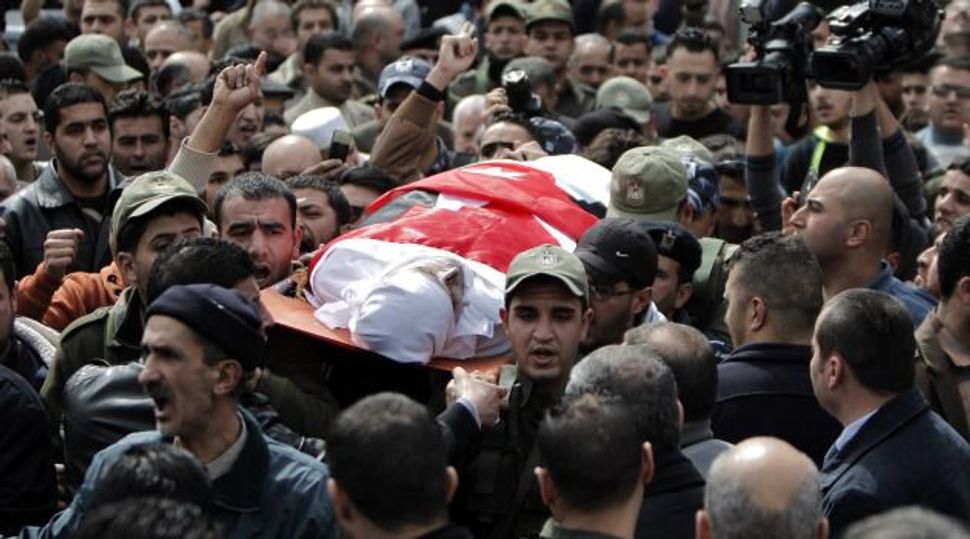 Looking to prevent a diplomatic crisis with Jordan, Israel expressed its regret on Tuesday over the death of a Jordanian judge, who was shot by Israeli soldiers after an altercation at a border crossing.

Prime Minister Benjamin Netanyahu’s office also promised to establish a joint investigation with Jordan into Monday’s killing of Raed Zeiter at the Allenby Bridge crossing while he was making his way to the occupied West Bank.

“Israel regrets the death of Judge Raed Zeiter yesterday at the King Hussein (Allenby) bridge and expresses its sympathies to the people and government of Jordan,” Netanyahu’s office said, adding it was committed to its peace treaty with Jordan.

Hours earlier, the Israeli military had issued a statement denouncing Zeiter as a “terrorist”, saying he was killed after attacking security personnel with a metal bar, trying to seize a gun and attempting to strangle a soldier.

Born in the Palestinian Territories, Zeiter, 38, had a doctorate in international law and worked as a judge in an Amman magistrates court. He was married and had two young children.

Jordan, one of only two Arab states to have signed a peace treaty with Israel, summoned an Israeli diplomat on Monday to protest against the killing, and jurists in Amman staged a demonstration on Tuesday in the palace of justice.

The incident comes at a particularly delicate moment, with the United States seeking Jordanian support for Israeli-Palestinian peace talks that have reached a critical point.

It also follows official Jordanian protests last month over an inconclusive parliamentary debate in Israel over a bill calling on Israel to establish its sovereignty over Islam’s revered al Aqsa mosque compound in the Old City of Jerusalem.

Netanyahu has said he would not let the bill pass.

An official in Amman, briefed on Monday’s incident, said he believed Zeiter was killed by a “trigger-happy young soldier” who had been pushing passengers boarding a bus at Allenby. This had led to a heated argument with the judge, he said.

Zeiter was buried on Tuesday in the West Bank city of Nablus, where his family came from, his body wrapped in both a Palestinian and a Jordanian flag.

“From the Israeli account, we think there was an altercation .. and the (soldiers) hit him and pushed him to the floor. His dignity could not accept the humiliation and insult,” said the judge’s bespectacled father, Alaa Zeiter.

Mohammed Sharif Zaid, a 34-year-old merchant from the West Bank who had been at the crossing with Zeiter, told Reuters that an argument had started after controls at an Israeli checkpoint.

“Raed and the soldier quarreled for some reason that I did not understand and pushed one another … I got onto the bus and a minute later I heard one gun shot followed by three shots.”

The passengers were then ordered back off the bus and saw Zeiter lying on the ground. Zaid did not see the metal rod with which Zeiter had allegedly threatened the soldiers. The Israelis said there were no surveillance camera images of the incident.

Hours after Zeiter’s death, Israeli soldiers ambushed and shot dead a Palestinian teenager who, the military said, had been throwing rocks at passing Israeli cars.

“The latest Israeli escalation … is a grave provocation and may lead to the destruction of what is left of the peace process,” Abbas’s spokesman Nabil Abu Rdainah said in a statement given to the official WAFA news agency.

“It could lead to a situation that would be difficult to control,” he added.