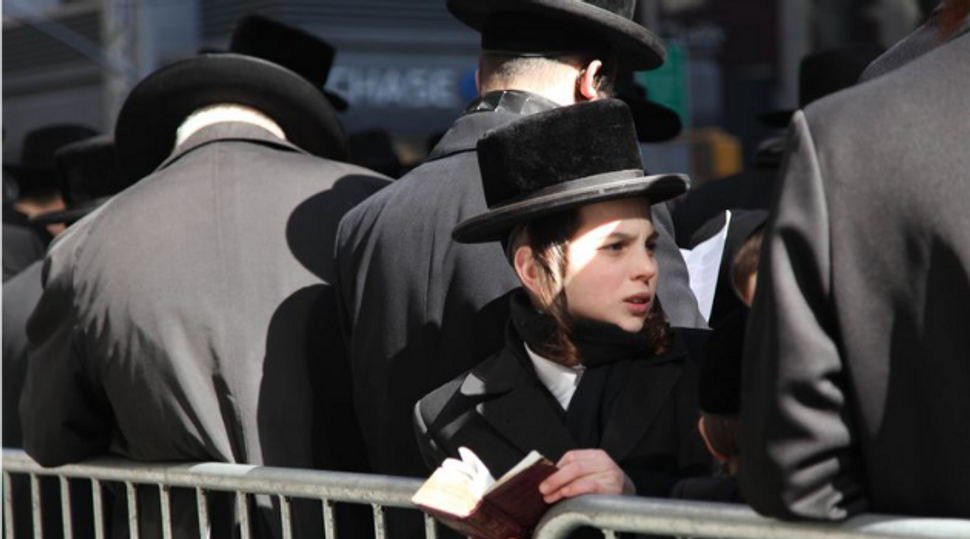 A Brooklyn-based Jewish newspaper apologized for a column that was sharply critical of the haredi Orthodox community and fired its author.

The Jewish Press dismissed Yori Yanover, its Israel-based online editor, after he published an article Monday with the headline “50 Thousand Haredim March So Only Other Jews Die in War.”

Yanover was writing about a mass prayer rally of haredi Jews in Manhattan on Sunday against a proposed Israeli law to draft yeshiva students.

“They flooded downtown Manhattan with the anti-draft for Haredim message: everybody else is welcome to get themselves killed,” Yanover wrote. “What was even more astonishing was their honesty regarding the bankruptcy of their entire school of faith and study.”

The Jewish Press removed the article from its website. The paper’s publishers, Jerry Greenwald and Naomi Mauer, issued a statement saying the paper “apologizes to its readers for the unfortunate Op-Ed article, along with its incendiary and insulting headline.”

In a letter to The Jewish Press posted Tuesday on his Facebook page, Yanover said he had authorization to publish the article.

“I wrote the article after discussion with my supervisor and then submitted the article for review, as per the protocol you established,” he wrote. In an interview with the online news site Vos Iz Neias?, Greenwald described Yanover’s views as “reprehensible and insolent.”

”Since its founding, The Jewish Press has striven to be a Torah newspaper, one that recognized the centrality of the Torah and Torah study to the Jewish people,” Greenwald said. Yanover’s column criticized opponents of the draft law for arguing that army service would erode the religious identify of haredi Jews.

“[T]he post-Holocaust haredi world is all about fear. Fear of new things. Fear of books. Fear of voices. And above all, fear that the education a young man receives during his 20 years in a haredi yeshiva is worthless, because as soon as he encounters the outside world, those 20 years would vanish, melt away like Cholov Yisroel butter on a skillet,” he wrote. “What an astonishing degree of honesty regarding the bankruptcy of an entire school of faith and study.”