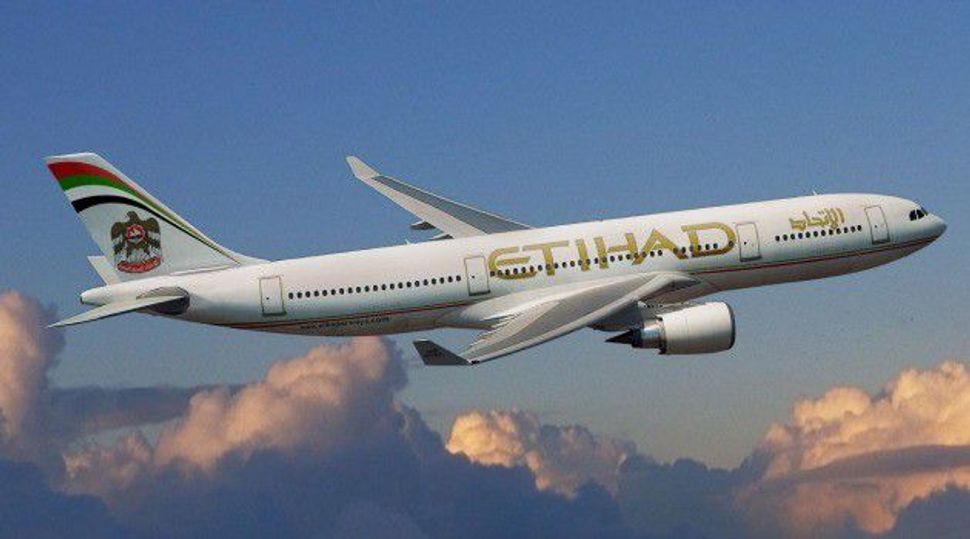 An airline owned by the United Arab Emirates said it “emphatically refutes” claims that it excludes Israel from its official travel-route map and refuses to transport Israelis.

In a statement, Etihad Airways wrote that it carried more than 1,000 passengers traveling with Israeli passports last year, refuting assertions made in the New York Post newspaper.

“In fact, we do not discriminate in any way and welcome passengers of all faiths and religions carrying valid documentation,” the statement said.

Etihad said its maps “do not identify countries by name” and that its website lists Israel “as one of more than 150 country options for passenger documentation when booking flights.”

JTA published a brief article last week based on the reporting in the New York Post article.

According to the Post, Etihad is the sole airline that provides service between Abu Dhabi and U.S. cities, including New York, Chicago and Washington.