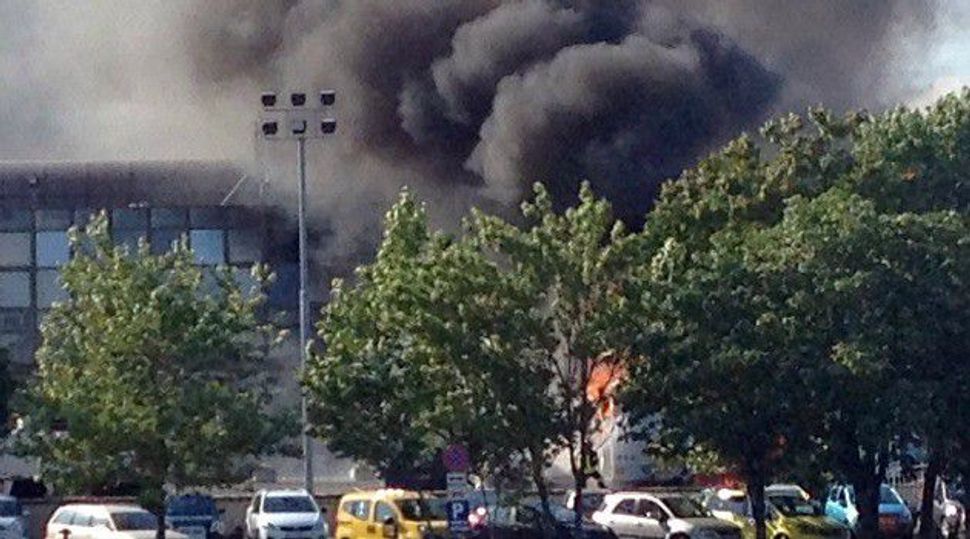 Deadly Scene A map of the airport in Burgas, Bulgaria, where several Israeli tourists were reportedly killed in a bus explosion. Image by Haaretz

Bulgarian police identified a Lebanese-Canadian man as the bomber of an Israeli tour bus.

The identification came from DNA evidence connected to the July 2012 attack at the Burgas airport on a bus full of Israeli tourists. Five Israeli tourists and the Bulgarian bus driver were killed.

The DNA belongs to Hassan El Hajj Hassan, a Lebanon-born Canadian citizen who arrived in Bulgaria at the end of June 2012, the Sofia News Agency reported. The evidence came from a baseball cap found in his room at a hotel in Bulgaria’s Black Sea resort of Nesebar. He is believed to have detonated the bomb in the backpack of the suicide bomber on the bus.

Israel has blamed the Lebanese-based terror group Hezbollah and Iran for the attack.