Bomb Explodes Near Israeli Embassy in Cairo, No One Injured 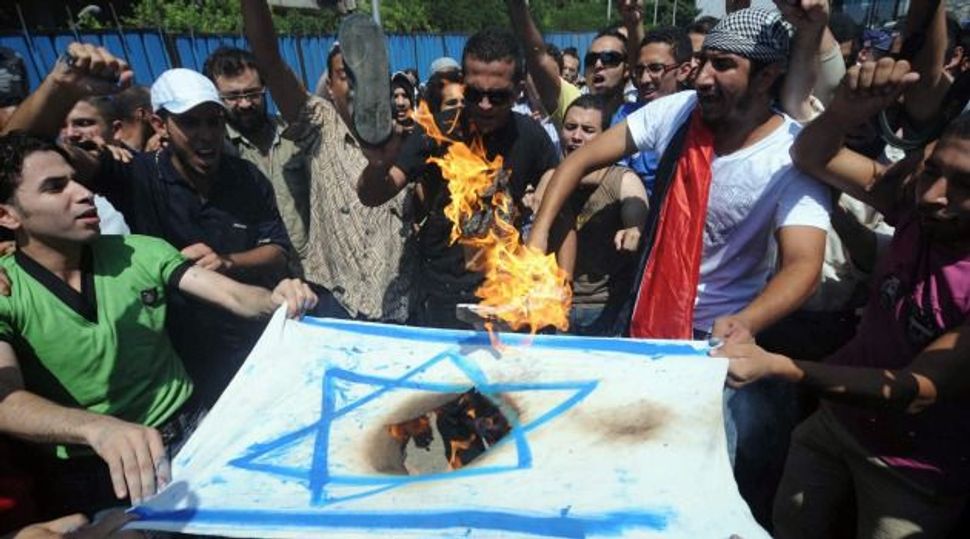 Egyptians burn an Israeli flag during a demonstration outside the Israeli embassy in Cairo in 2011. Image by Getty Images

A home-made bomb exploded in front of the Israeli embassy in Cairo on Tuesday, but no one was hurt, security sources and the website of state-run Al-Ahram newspaper said.

The office has not been used by Israeli diplomats for at least two years, following a September 2011 attack on the embassy.

Security sources said the explosion targeted a police car parked nearby, rather than the embassy itself and did not cause any injuries.

Egypt became the first Arab state to sign a peace treaty with Israel in 1979.

Bomb Explodes Near Israeli Embassy in Cairo, No One Injured