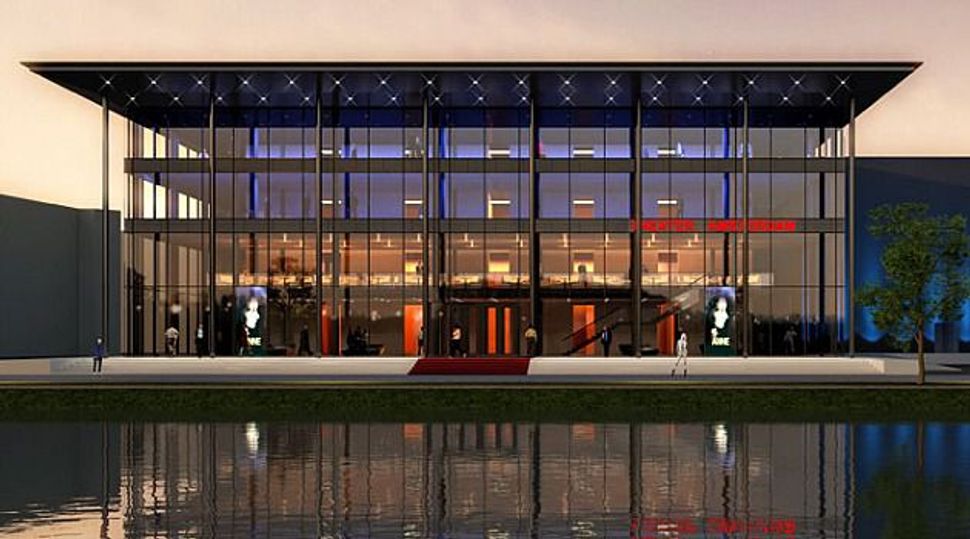 A new theater dedicated to the story of Anne Frank is slated to open in the Dutch capital ahead of the 70th anniversary of the teenage diarist’s deportation and death.

The new theater, which is in the final stages of construction, was first shown to media on Wednesday and will feature a permanent show titled ANNE that was developed at the request of the Basel-based Anne Frank Foundation — a not-for-profit organization founded in 1963 by Anne Frank’s father, Otto Frank. The Anne Frank Foundation is the sole owner of copyrights of writings of the Frank family including the hugely famous diary of Anne Frank from her days in hiding in Amsterdam.

The play, which is set to debut in May, will feature a cast of approximately 20 Dutch actors and simultaneous translation to seven languages, according to Ilan Roos of Imagine Nation, the commercial Dutch firm which produced the show and built the new theater.

Roos declined to disclose how much money the company has invested in the project. Yves Kugelman of the Anne Frank Foundation said royalties from ticket proceeds, which will sell for $50-$100 dollars, will go toward the foundation’s educational work and charity projects for Jewish and non-Jewish causes. The foundation did not participate in production and building costs, he said.

“The play is the first one which is based on all original documents and writings of Anne and Family Frank,” Kugelman told JTA. The foundation developed the script and supervised its historical accuracy, he added.

The new theater is located 1.5 miles northwest of Amsterdam’s Anne Frank House — a separate outfit which runs a museum at the address where the Franks hid until their arrest and deportation to German concentration and death camps in 1944. The Anne Frank House was not involved in the new production.

The play, which is being produced by Abrahams and Broadway producer Robin de Levita, is the second theater dramatization of Anne Frank’s diaries that has been performed under supervision of the copyright owners, according to Kugelman.

The first adaptation was written by the American couple Frances Goodrich and Albert Hackett and opened in 1955, and was later re-adapted into a movie.

“They did a marvelous job but wrote the play in a different time and based on a selection of materials made by Anne Frank’s father,” said Leon de Winter, the Dutch Jewish novelist who wrote the new show’s script with his wife, Jessica Durlacher. “Jessica and I were privileged to gain access to many additional materials, the entire archive, and to broaden the scope to include what happened before and after the deportation.”