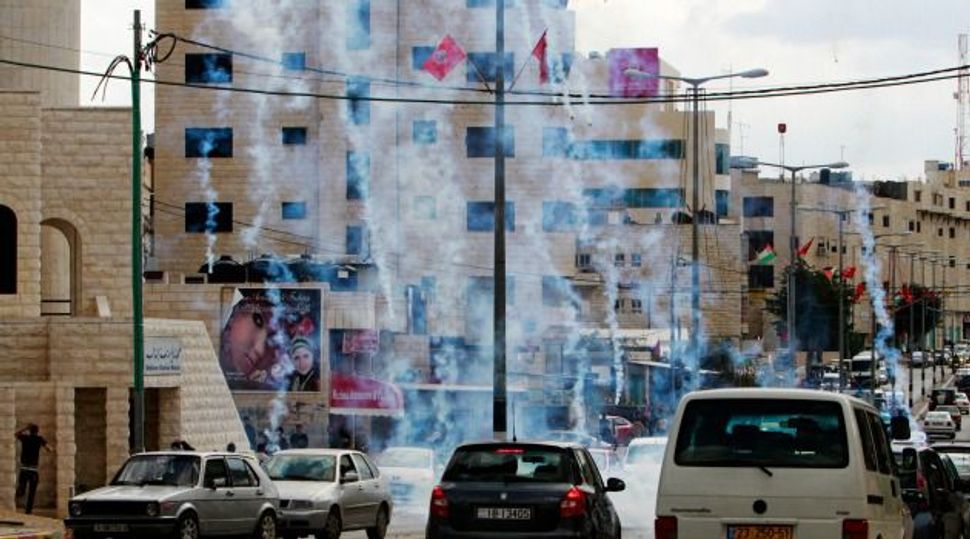 Israel’s Air Force attacked 29 sites in the Gaza Strip after more than 40 rockets and mortars were fired from Gaza at communities in southern Israel.

The Israel Defense Forces responded to Wednesday evening’s rocket attacks, hitting what it called in a statement 29 “terror locations” in Gaza with artillery fire.

“This retaliation was precise and prompt,” Lt.-Col. Peter Lerner, IDF spokesman, said in a statement. “We targeted the infrastructure that serves the terrorists while they train, plan and implement their hideous attacks. They will not be permitted to conspire in the safety of their terrorist temples.”

Five of the rockets fired from Gaza landed in residential neighborhoods in the Wednesday evening rocket barrage, according to the IDF.

Most of the rockets were fired at Sderot and Netivot. The Iron Dome anti-missile system shot down at least three of the rockets, the IDF spokesman said.

The Code Red siren was sounded in several southern Israeli communities. Residents were instructed by the IDF to remain in bomb shelters.

The al-Quds Brigades, the armed wing of the Islamic Jihad terror organization, claimed responsibility for the attacks, saying: “The response has begun to the crimes of the occupation, the latest of which was the killing of three members” of the organization on Tuesday, the Palestinian Ma’an news agency reported. Islamic Jihad claimed to have launched 90 rockets at Israel, according to Ma’an.

On Tuesday, a retaliatory strike on a terror cell in Gaza, that had fired mortars at Israeli troops performing routine work in the border area, killed three members of Islamic Jihad.

A rocket fired from Gaza landed in southern Israel overnight on Tuesday.

“If there is no quiet in our south, no quiet for the residents of Israel, there will be noise, lots of noise in Gaza,” Prime Minister Benjamin Netanyahu said Wednesday during a news conference with Britain’s Prime Minister David Cameron after the rocket attacks.

The U.S. State Department condemned the rocket attacks and said Israel has a right to defend itself.

Department spokesperson Jen Psaki said Wednesday afternoon in a statement that: “The United States condemns in the strongest terms today’s rocket attacks into Israel by terrorists from the Gaza Strip. It is reprehensible that dozens of rockets have been fired today alone. There is no justification for such attacks. We call for these terrorist attacks to cease immediately. Israel, like any nation, has a right to defend itself.”

Since the beginning of 2014, more than 60 rockets have been fired at southern Israel from Gaza, according to the IDF.

Tuesday’s attack was the largest on Israel since the 2012 Operation Pillar of Defense, the IDF said.