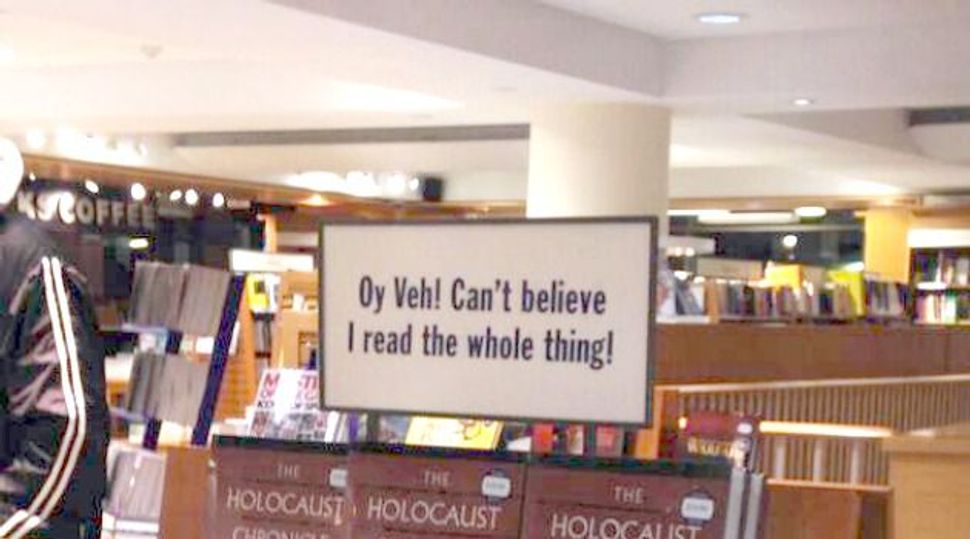 A leading Canadian bookstore chain has taken down a sign hawking a large Holocaust volume with the slogan “Oy Veh! Can’t believe I read the whole thing!”

The Indigo chain removed the signs Wednesday at one of its Toronto stores after customers posted pictures of them on Twitter.

The signs were placed over racks holding the 768-page “The Holocaust Chronicle,” an encyclopedic treatment of the Jewish war-era experience in Europe published in 2000.

Journalist Marni Soupcoff launched the debate when she posted photos of the display, tweeting, “I’m not sure Indigo has struck quite the right tone here.”

Others on Twitter lambasted the company for poor taste.

“As soon as the sign was brought to our attention it was removed,” Indigo tweeted. “This does not reflect the values of our brand.”