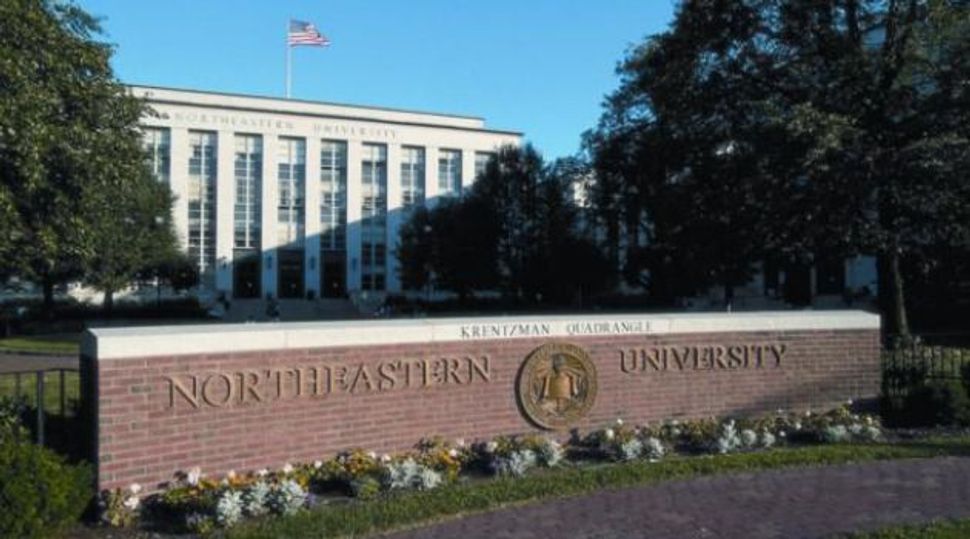 The Students for Justice in Palestine chapter at Northeastern University vowed to fight its suspension from campus over a campaign that the Boston school said intimidated students.

“It is clear that the university’s draconian decision is part of a thinly veiled policy of silencing student speech critical of Israel,” the group said in a statement issued Wednesday, adding that it was being “singled out for unfair and unequal treatment by the administration.”

Northeastern suspended Students for Justice in Palestine, or SJP, from the campus on March 7 for at least a year and barred its current executive board from serving on any future board in the organization for its campaign distributing mock eviction notices last month to student residences at the university. The notices were designed to mimic those that appear on illegal Arab construction slated for demolition. Similar campaigns have been used on other campuses.

Some Northeastern students reported the leafleting to the university, saying they felt intimidated by the notices, according to reports.

“We do not condone any behavior that causes members of our community to feel targeted and/or intimidated,” Robert Jose, Northeastern’s associate dean for Cultural and Residential Life, said in a letter distributed to students.

Jason Campbell-Foster, the university’s director of the Center for Student Involvement, informed the group of its suspension.

“You have not shown a concerted effort to improve your practices and educate your members on how to properly operate your organization within the boundaries of university policy,” he wrote.

Last May, Northeastern put SJP on administrative probation after members staged a silent walkout during an event with Israeli soldiers.

The university has been accused of turning a blind eye to anti-Semitism on campus in the past.