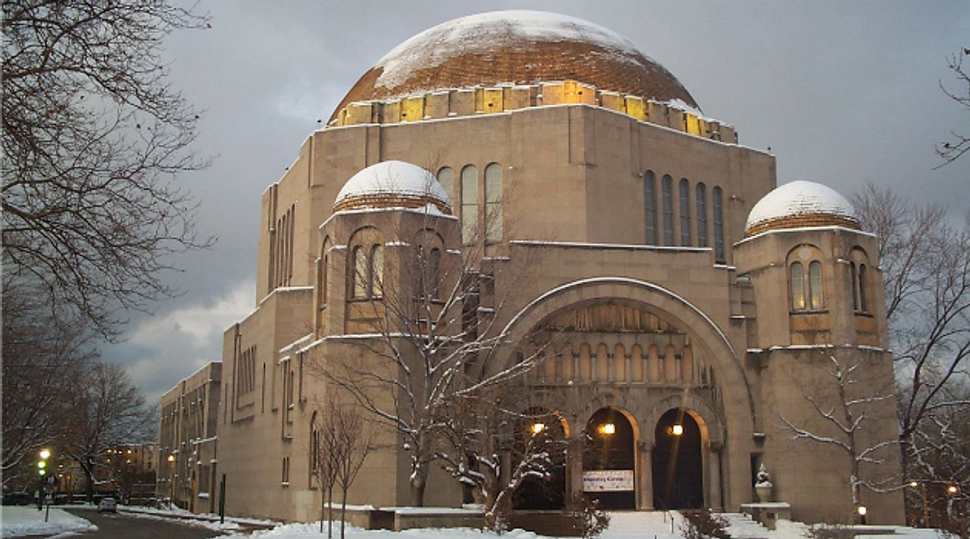 A historic Cleveland synagogue building will be turned into a performing arts center after undergoing a $64 million expansion and renovation.

Case Western Reserve University will launch the project next month at the Cleveland building of Temple-Tifereth Israel, one of the country’s largest Reform congregations. The synagogue building is listed on the National Register of Historic Places, though the congregation’s main home is now in the Cleveland suburb of Beachwood, Ohio.

The Cleveland City Planning Commission voted unanimously last week to approve the university’s plans for the project, the Plain Dealer of Cleveland reported.

The synagogue retains the right to use the sanctuary for the next 99 years for High Holidays services and other holidays, as well as other purposes, according to the newspaper.

In 2010, the Milton and Tamar Maltz Family Foundation of Cleveland’s Jewish Community Federation donated $12 million to the university so it could buy the building, which features a golden dome and Byzantine and Romanesque motifs.

Its unique seven-sided sanctuary is named for Rabbi Abba Hillel Silver, who served as head of the congregation for 46 years until his death in 1963. He was a Zionist who pressed for the establishment of a Jewish state. Silver’s son, Rabbi Daniel Jeremy Silver, succeeded his father and served for 26 years.