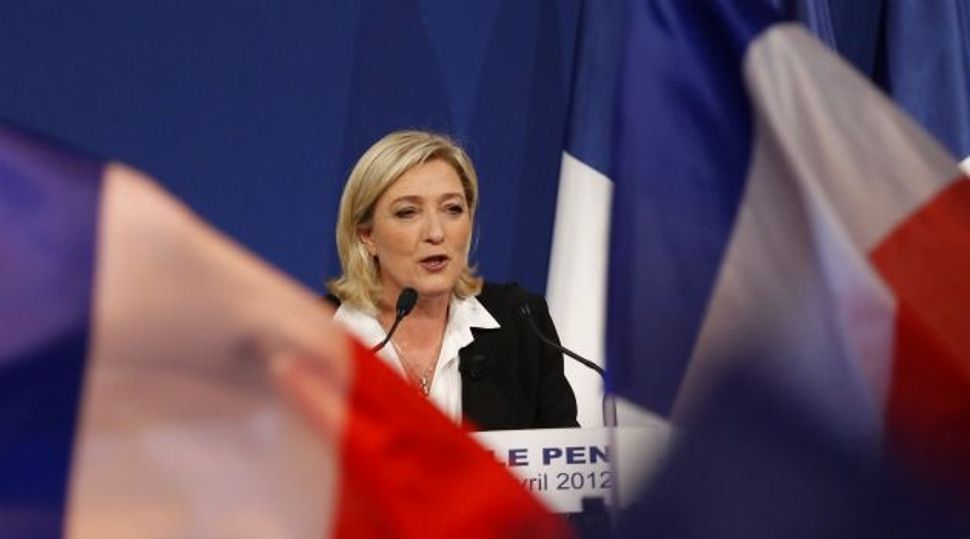 France’s far-right National Front party placed a Holocaust denier on its list of candidates for the municipal elections in Paris.

The candidate, Pierre Panet, wrote in 2012 that he “shares the analysis of Roger Garaudy,” a convicted Holocaust denier. The L’Express daily reported on his candidacy Wednesday.

The same year, he told the AFP news agency: “I haven’t changed. I always credit Robert Faurisson but I refrain from elaborating these theses because it is forbidden by law.”

Faurisson was also convicted of denying the Holocaust. He claimed the gas chambers were an invention. Panet is running for election on the National Front’s ticket for the 12th arrondissement in eastern Paris. Municipal elections are scheduled to be held on March 23 and March 30.

The party leader in the arrondissement, Christian Vauge, told AFP he has instructed Panet to adhere strictly to the party’s platform.

“I told him, let’s forget all that you thought in the past. I asked him to stick to the official line,” he said.

Separately, the center-right UDI party dropped a former candidate from their list for the municipality of Schiltigheim near Strasbourg after regional prosecutors said she would stand trial for inciting racial hatred in connection with anti-Semitic statements they suspect she made online.

The candidate, Hayat Belaredj, is believed to have written on Facebook: “The Jewish danger, what a disgrace” about outgoing mayor Raphael Nisand, who is Jewish, Le Monde reported on Tuesday.