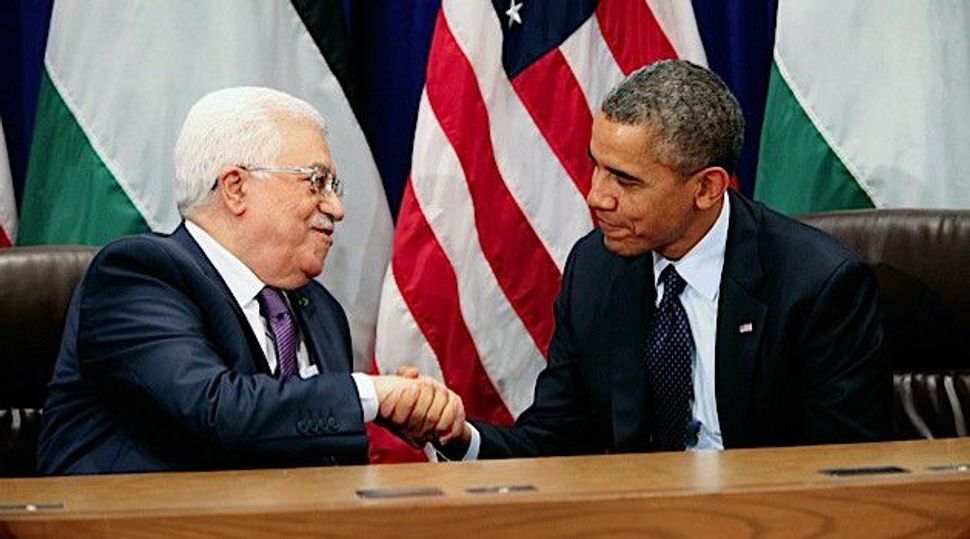 In their upcoming meeting, President Obama and Palestinian President Mahmoud Abbas will discuss Palestinian recognition of Israel as a Jewish state, as well as Israel’s planned release of Palestinian prisoners.

Monday’s meeting at the White House will center on the ongoing negotiations between Israel and the Palestinian Authority.

According to Haaretz, Abbas is expected to hold firm in his refusal to recognize Israel as a Jewish state. Israeli Prime Minister Benjamin Netanyahu has made recognition of Israel’s Jewish character a key condition of any final peace agreement. Abbas has opposed the condition, saying it would undermine Palestinian refugees’ right to return to Israel. Israeli Opposition Leader Isaac Herzog also says the Palestinians must recognize Israel as a Jewish state, according to the Times of Israel.

On Saturday, Israeli Defense Minister Moshe Ya’alon criticized Abbas for being inflexible in the talks, calling him “not a partner” for an agreement. Ya’alon has criticized the negotiations in the past, saying he doubts their chances for success.