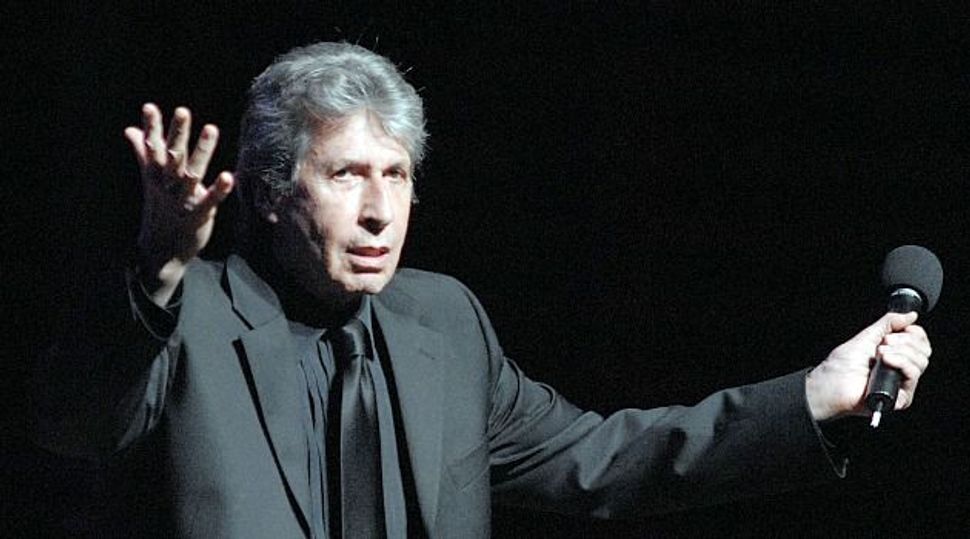 David Brenner, a stand-up comedian who appeared regularly on “The Tonight Show Starring Johnny Carson,” died on Saturday in New York, a family spokesman said. He was 78.

Brenner, who had been battling cancer and performed most recently on New Year’s Eve, passed away at his home in New York surrounded by his family, publicist Jeff Abraham said.

The Pennsylvania native appeared on “The Tonight Show” more than 150 times and was known for poking fun at the commonplace aspects of life.

Brenner said his last wish was that $100 in small bills be placed in his left sock “just in case tipping is recommended where I’m going,” according to the publicist.

Abraham said Brenner’s final resting spot will carry the epitaph: “If this is supposed to be a joke – then I don’t get it!”

“David Brenner was a huge star when I met him and he took me under his wing,” comedian Richard Lewis said in a statement. “To me, historically, he was the godfather of hip, observational comedy. He mentored me from day one.” Lewis added, “His passing leaves a hole in my life that can never be replaced.”

Several of his uncles became rabbis, but Brenner told the Philadelphia Jewish Voice in 2008 that “I never had the calling.”

Brenner was performing his standup routine regularly as late as last year.

“David was one of the most respected and liked comedians by his peers,” said Abraham. “He was always there helping a bright young comedian, whether it be Richard Lewis, Freddie Prinze or Jimmie Walker, and he was still doing it until the very end.”